RHONJ’s Dolores Catania Questions Jackie’s Befriending of Jennifer, Reveals How Jennifer Framed Her as a “Mean Friend,” and Talks Teresa and Margaret’s Blowup 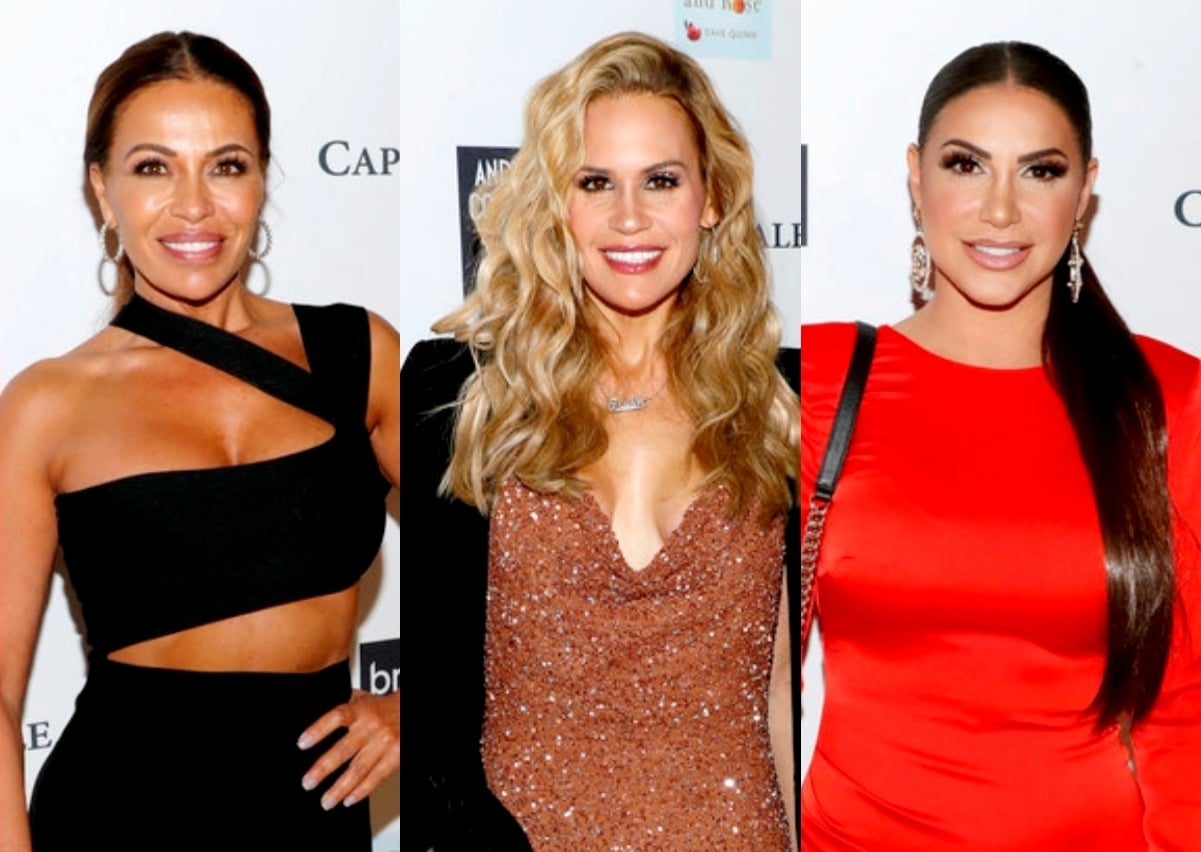 Dolores Catania is confused by Jackie Goldschneider‘s decision to extend her friendship to Jennifer Aydin amid the drama surrounding the affair of Jennifer’s husband, Bill Aydin.

During a recent interview, the Real Housewives of New Jersey cast member took on a number of hot topics pertaining to the show, including her current relationship with Jennifer, Teresa Giudice‘s upcoming fight with Margaret Josephs, and Jackie’s claims that she is a “flip-flopper” for supposedly playing both sides between Jennifer and Margaret, who shared news of Bill’s affair on the premiere episode.

“While [Jackie]’s labeling me that, she’s actually doing that,” Dolores told Entertainment Tonight on March 15. “I would never make friends with someone I wasn’t friends with in the middle of a fight with my other friend, does that make sense?”

While Dolores has had tiffs with a number of her RHONJ castmates over the years, she said she cares “about Jackie very much” and has a “meaningful relationship” with each of her co-stars.

“My dad — which always sticks in my head — says, ‘I taught you to be a friend when it’s hard to be a friend. I didn’t teach you to be a friend just to people when it was easy to be,'” Dolores explained. “Me continuing a friendship with someone that isn’t defendable isn’t always the easy route, but I can’t deviate from that… That’s a part of who I am… It’s about my beliefs.”

In addition to finding herself on the outs with Jackie, Dolores also butted heads with Jennifer amid season 12, and recently, Jennifer labeled her a “jerk.”

“It’s almost like, did someone tell you to pick a fight with me and you’ll become more popular? I haven’t clapped back on social media. I haven’t spoke about it,” Dolores said of the diss.

As RHONJ fans may have seen, Dolores said she’d go to Margaret for fashion advice on an episode of WWHL earlier this year, and, feeling offended, Jennifer clapped back on IG by noting Dolores had borrowed jewelry from her family business. Looking back, Dolores said she could’ve “sh-t-talked” Jennifer but didn’t want to kick her while she was down.

“[But] I will never forget the way I’ve been treated,” she warned, adding that she feels she looks “like an idiot” for standing by Jennifer, who recently said Dolores is only friends with her on the show.

“Did she think being her friend gained my popularity?” Dolores laughed.

One point of contention between Dolores and Jennifer took place as Dolores encouraged her not to cry, which many took as insensitive. However, according to Dolores, she wasn’t being rude to Jennifer at all. In fact, Jennifer had encouraged her to tell her not to shed tears as she coped with Bill’s affair being made public.

“When I was telling her don’t cry, her and I had a conversation off camera, and I said, ‘Jennifer, just be strong. You have the best husband, the best life. Your kids are beautiful. Don’t walk in there saying you weren’t happily married, because you are,'” Dolores recalled. “She knew I was doing that. She told me to remind her not to cry. On camera, it looks like I’m telling her, reminding her not to cry, because I’m doing what we spoke about… and then she says I was a ‘mean friend!'”

As Jennifer was faced with marriage drama on the show, Dolores’ relationship with Dr. David Principe was coming to an end.

“We have nothing against each other, he’s a great guy,” she says. “He’s an amazing doctor, and he seems pretty happy. … It was kind of like we just parted ways and peacefully and that was it.”

Dolores is also pretty happy with new boyfriend Paul Connell, who she is currently living with part-time after saying goodbye to her townhouse.

“I’m very happy,” Dolores gushes. “He’s a great guy, and he puts a lot of things into perspective and the way he talks to me about what’s going on. He’ll hear me on the phone, or he’s watching the show, and I love his point of view.”

As the 12th season of RHONJ continue, Dolores said she’s looking forward to fans seeing the “best day of [her] life” airing, which was the charity softball game she hosted to benefit Maimonides Cancer Center, and she gave a nod to Margaret and Teresa blow-up in Nashville.

“Teresa was upset that she blew up like that,” Dolores revealed of Teresa’s post-feud demeanor. “I can understand the frustration of the questions, and Teresa is a very… doesn’t like questions. I know enough not to question Teresa on her life, on things much smaller than [Luis Ruelas]. It’s just an unwritten law that we have.”

“I tried to explain that to Margaret, but Margaret had asked about things that she heard about,” Dolores continued. “And this is where we end up.”

As for whether her co-stars will ever reconcile, Dolores admitted she wasn’t sure.