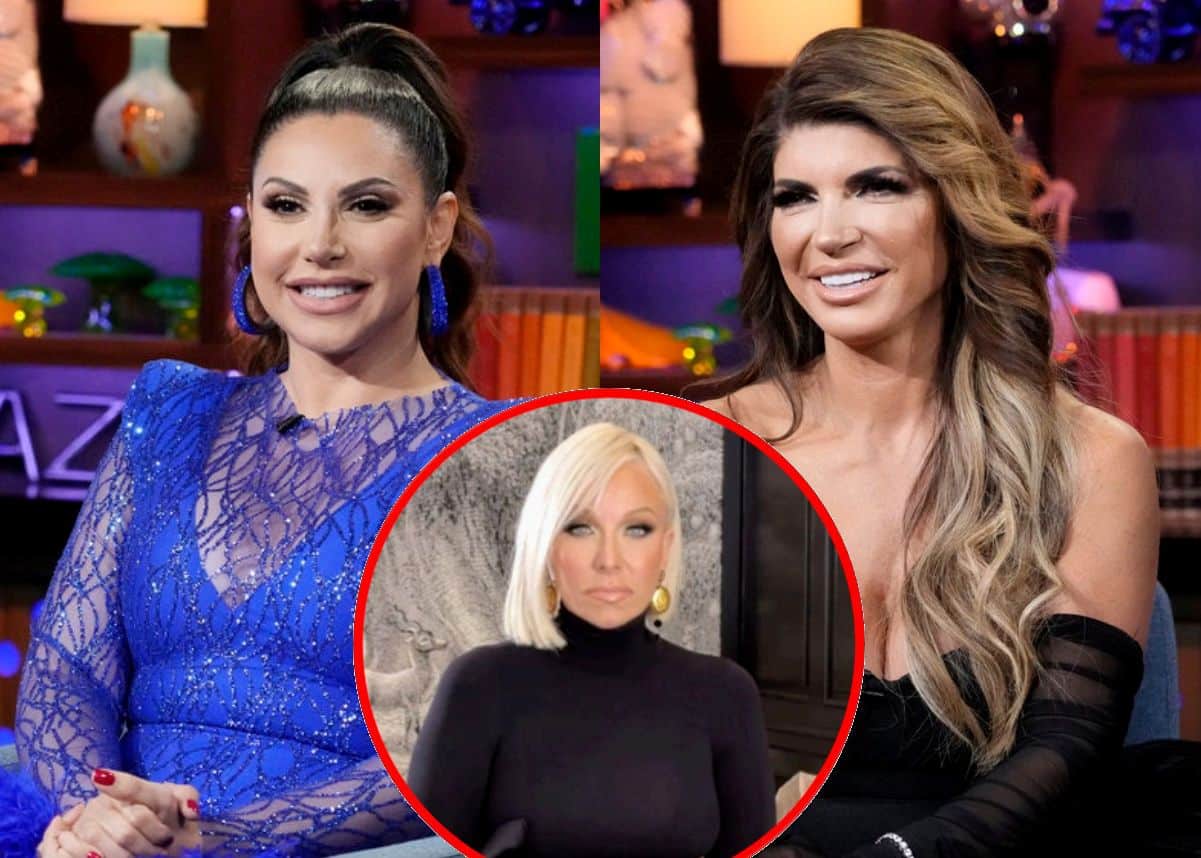 Jennifer Aydin doesn’t believe Teresa Giudice should be singled out for her drink-throwing outburst against Margaret Josephs on Tuesday’s new episode of The Real Housewives of New Jersey.

While appearing on Andy Cohen‘s Watch What Happens Live After Show, Jennifer reacted to a question about whether or not Teresa was using Margaret as a scapegoat amid her own potential doubts about fiancé Luis Ruelas‘ allegedly troubled past.

“No absolutely not. It was a buildup of a lot of questions that Teresa just wanted people to let go of. And I think we’re all guilty of doing things in the heat of the moment that have been hostile,” Jennifer explained.

According to Jennifer, other members of the RHONJ cast have acted similarly in the past.

“I remember Margaret pouring wine over Danielle and pouring water over her and throwing Marty in the pool. So I think we’ve all been guilty of it,” Jennifer noted.

“I mean, the whole season, Teresa just kept trying to say, ‘I don’t want you to talk about these things.’ And nobody wanted to respect that,” she continued.

After watching Teresa call Margaret “white trash” despite having acted out in the way she did, Jennifer said her castmate didn’t realize that the diss was “not a nice thing to say” at the time.

“From our generation, people used to say that and we’ve learned that it’s actually wrong so that’s something that comes with time. So she shouldn’t have said that and I think she knows that. We’ve told her that,” Jennifer confirmed.

Although Teresa recently doubled down with her claims that Margaret leaked negative stories about Luis to the press, Jennifer disagreed with her friend, saying that while she believes Margaret “was talking about Luis or trying to find out something,” she doesn’t think their castmate actually contacted media outlets.

“I don’t think she’s leaking the stories but I think she is in communications with people to try and find things out and that’s just from proof Teresa has that she’s told me about and this type of proof it’s like, Margaret was named in something so if the proof is in the pudding, so be it. So I don’t think it’s to [that] extent,” Jennifer explained.

On the WWHL: After Show, Jennifer targeted Jackie Goldschneider for her recent suggestion that she acts as a “puppet” for Teresa after being asked if Dolores Catania defends Teresa more than her other friends.

“I think Dolores tries to defend Teresa. It’s obvious, I mean, a lot more than she’s defended me and a lot better of a way. But it’s funny because when I defend Teresa, I’m a puppet. And when Dolores does it, she’s just not being a good friend to Margaret,” Jennifer pointed out.

Also on the show, Jennifer was asked if she is friends with former RHONJ star Jacqueline Laurita.

“I’ve spoken to her on the phone,” Jennifer confirmed. “She’s sweet. I like Ashlee. I’ve never met Jacqueline in person. Maybe I will. I have nothing against her at all. But as a friend, I can respect someone when they don’t want to talk about something,” she said on the live broadcast.