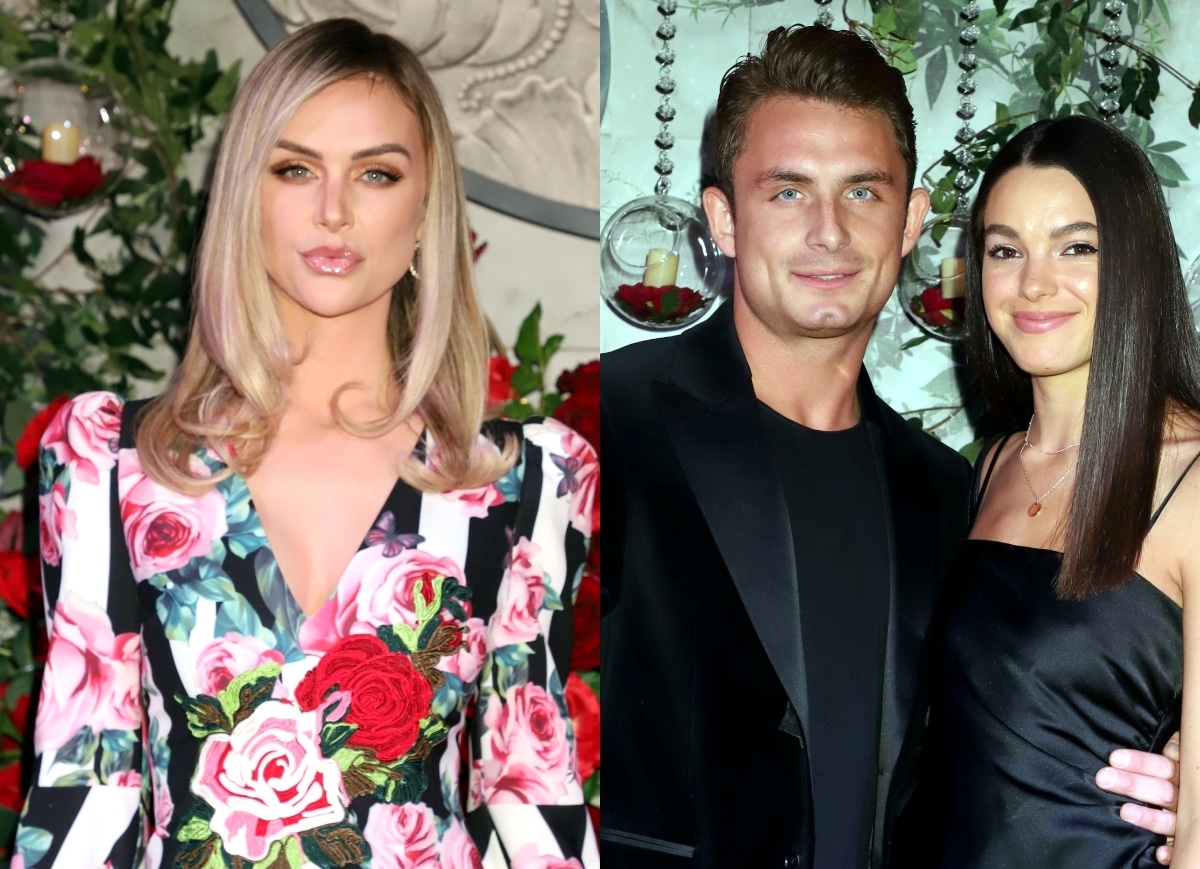 Lala Kent is explaining a comment she made on Watch What Happens Live about her initial encounter with James Kennedy‘s new girlfriend, Ally Lewber.

After telling host Andy Cohen that she met Ally “once” and didn’t “remember it well” despite the fact that she’s sober, the Vanderpump Rules cast member clarified her statements. She also revealed how she really feels about James’ partner as Scheana Shay and Tom Sandoval also spoke out about their potential future co-star.

“I didn’t call her forgettable. I said I didn’t remember a lot of our interaction and I think that’s because it was so fast,” Lala explained to Us Weekly of Ally while attending the grand opening of Lisa Vanderpump’s Vanderpump à Paris restaurant on April 21. “So I feel badly that it came across that way because that’s not how I meant it.”

According to Lala, she found Ally to be “really kind” when they first met.

“I only met her once, and the thing is, James even knows — he’s our little crazy friend that we love so much — he has a good picker,” she revealed. “He picks really sweet girls.”

In addition to James being in a new relationship ahead of the possible 10th season of Pump Rules, Lala, Raquel Leviss, Katie Maloney, and Tom Schwartz are newly single.

“Obviously, with Katie, it won’t be weird because that’s my ride or die so I’m down for her no matter what. With James and Raquel, that’ll be a different dynamic. I don’t know. I guess we’ll see what happens,” Lala teased, noting that Ally will likely be featured on the new season if there is one.

“If she’s still dating James and we get picked up, then, yeah, of course [Ally would be on the show],” she said. “[And] I think [Raquel]’s really come into her own since her breakup with James and I would love to see her next season if there is one.”

“I only met her briefly once,” Scheana said. “She seems sweet, but I don’t know too much about her honestly.”

“I think she’s great for him. He seems to be happy,” Scheana’s fiancé, Brock Davies, shared. “We’ve been to a couple of big events, but now this is the first time we started to hang out as a group again. [James has] been traveling a lot.”

“[She’s] super cool. Ally’s super dope,” Sandoval added. “What I’ve learned when it’s come to our show [is] a plan is just a list of things that are never gonna happen. You just gotta wait and see what happens.”

In other news, Lala looked back on an emergency therapy session she did with now ex-fiancé Randall Emmett on the April 11 episode of Jana Kramer‘s Whine Down podcast, via Heavy.

Although Lala said it was Randall who made her participate in the session after she questioned him about something that had happened, she noted that the girl he was dating at the time was actually in the room as they spoke to a counselor.

“This man had me do a therapy session via Zoom, he was somewhere else, I was in LA. And the whole time, he was with the girl he was in a relationship with since March,” Lala recalled.

“I go back, and now, with a bird’s eye view, yes, there were red flags everywhere. When I was in it, I knew that I was in a toxic environment, but I felt like I was creating it,” Lala continued. “There were a couple days before the photos surfaced that I was had seen messages about him at a bar not acting the way a partner should act. He made me feel crazy. Keep in mind, he wouldn’t show me his hotel room, and I thought that was very strange. I was triggered.”