Home Real Housewives of New Jersey News RHONJ’s Frank Catania on Where He Stands With Dolores’ Boyfriend Paul, David Dating Luis’ Ex, and Being Blamed for Evan Drama, Plus His Most Embarrassing Fear

RHONJ’s Frank Catania on Where He Stands With Dolores’ Boyfriend Paul, David Dating Luis’ Ex, and Being Blamed for Evan Drama, Plus His Most Embarrassing Fear 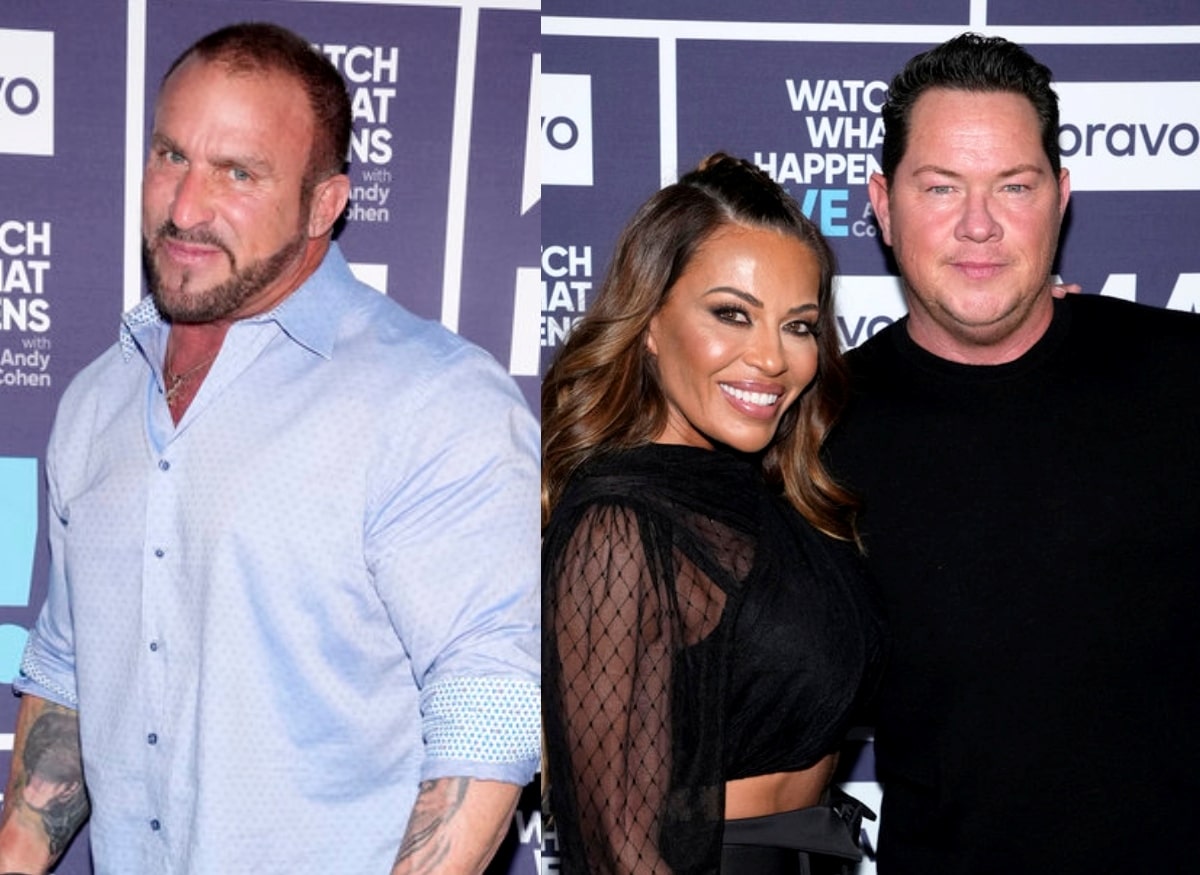 Frank Catania was part of a Real Housewives of New Jersey husbands episode of Watch What Happens Live on Tuesday, following the conclusion of the three-part reunion special for season 12. And, while appearing alongside the likes of Joe Gorga, Evan Goldschneider, and Luis Ruelas, he offered an update on his relationship with ex-wife Dolores Catania‘s new boyfriend, Paul Connell.

After admitting at the reunion that he and Paul didn’t exactly see eye-to-eye, Frank revealed if his roommate, Dolores’ former boyfriend, David Principe, has met Paul, revealed where he and Paul stand today, and shed new light on David’s relationship with Luis Ruelas‘ supposed ex-girlfriend.

“David has never met Paulie yet, and nor do I think he will ever meet Paulie because they’re just not going to be in the correct place,” Frank confirmed on the May 17 episode of the WWHL: After Show. “But since the reunion, let me say, I’m happy to say that Paulie and I have definitely, without a doubt, made some headway.”

According to Frank, he’s spent time with Paulie since filming the reunion last month.

As for the ongoing reports regarding Teresa Giudice‘s fiancé’s former girlfriend dating David, Frank said that the woman, Vanessa, has denied having a romantic relationship with him.

During the live broadcast of WWHL, Frank was asked if he had forgiven Dr. Bill Aydin for suggesting he was the one behind damning rumors regrading Evan and a supposed mystery woman.

Frank then revealed his most embarrassing fear.

“I’m so claustrophobic, to the point where they put me in a cat scan and..,” he revealed, before trailing off.