Home Real Housewives of Beverly Hills News RHOBH’s Crystal Kung-Minkoff on Unexpected Feud with Garcelle, Encounter With Erika, and Aspen, Plus Says “A Lot” Plays Out Between Kathy and Kyle

RHOBH’s Crystal Kung-Minkoff on Unexpected Feud with Garcelle, Encounter With Erika, and Aspen, Plus Says “A Lot” Plays Out Between Kathy and Kyle 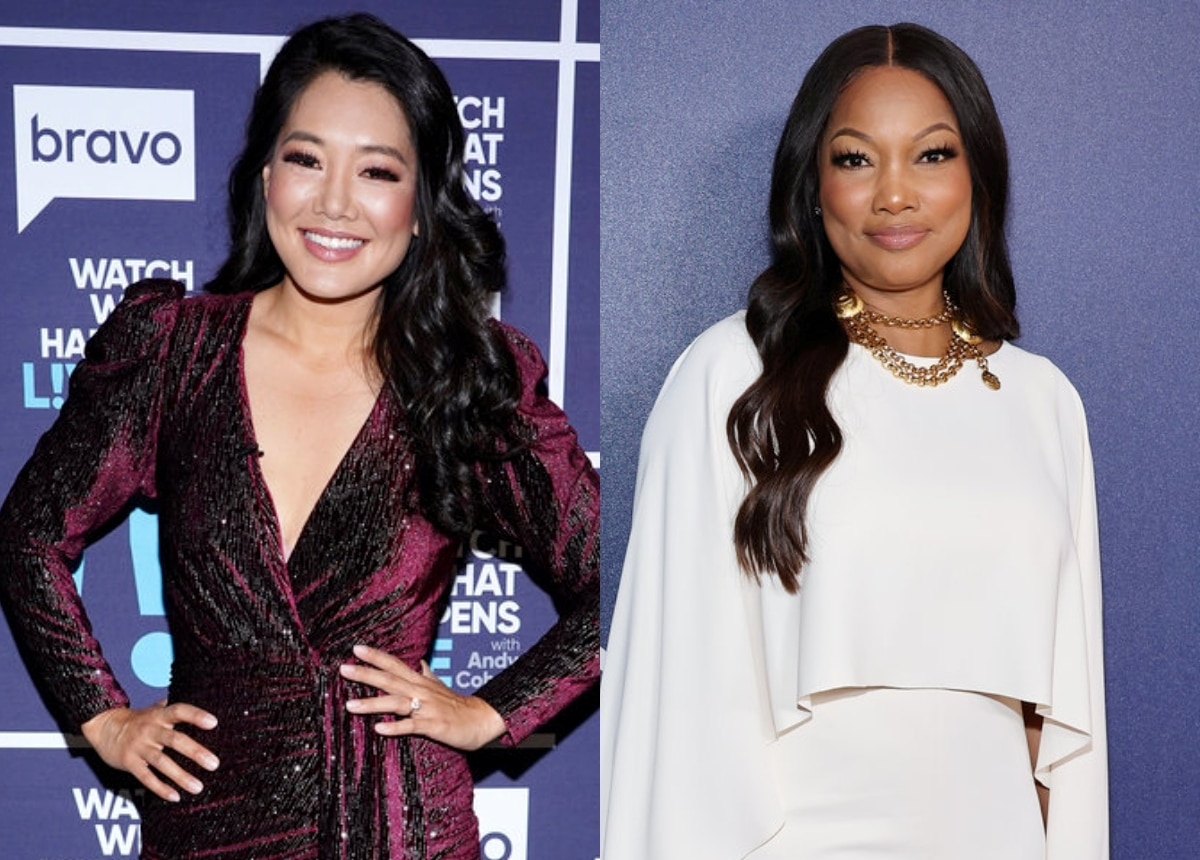 Crystal Kung-Minkoff was met with some unexpected drama from Garcelle Beauvais amid filming on the 12th season of The Real Housewives of Beverly Hills.

During a new interview, Crystal spoke of her issues with Garcelle before dishing on her heated argument with Erika Jayne, which was teased in the trailer, the cast’s much-talked-about trip to Aspen, Kathy Hilton‘s frequent feuds with sister Kyle Richards, and more.

“That was really challenging for me because I didn’t expect that,” Crystal admitted of her tension with Garcelle on the May 21 interview with Us Weekly. “So sometimes you need to go through harder times to get to know somebody and sometimes it comes out better in the end and sometimes it’s like, ‘Maybe we’re not meant to be friends.’ But we’re on a good path now.”

In addition to drama with her co-stars, Crystal’s storyline took a personal turn as she opened up about her eating disorder.

“Reliving the show, it’s very, very challenging. But it’s been part of my life for almost 30 years,” she explained. “It sort of came to me but I wasn’t going to shy away from it.”

Crystal also didn’t shy away from asking Erika questions about her legal drama, which she avoided doing last year because she didn’t know her as well.

“I’m always taken aback when people yell at me. Last year, I was brand new and it was all unveiling itself, what was happening in her life, and I certainly didn’t feel like I had any right to ask questions,” she explained. “But it’s a year later and things have settled and now it’s really the aftermath and I feel more comfortable in our friendship to ask those harder questions because I will always be on the side of victims…. There’s a lot of people that were hurt and are owed a lot and I will speak up for them.”

When Crystal was then asked if she believed Erika was empathetic toward the victims, which Erika has claimed, Crystal admitted she wasn’t sure.

“I can’t speak for her. I don’t know what’s in her heart but those are the questions I ask,” she revealed, noting that while Erika’s legal hardships are “still very much a part” of the show, season 12 is “not so heavy on it.”

What the show may be heavy on is the Aspen trip, which was the target of many headlines earlier this year.

“I don’t know if I want to go back. I love Aspen. [But] I’m not going back with those people. It was crazy,” Crystal said of the getaway. “I remember feeling like I was at a tennis match. It’s everybody. It’s everyone, at some point.”

As for Kathy’s drama with Kyle, Crystal suggested the up-and-down nature of the ladies, who she confirmed are now on speaking terms, is nothing out of the ordinary for siblings.

“God knows that my brother and I fight harder than anyone else and if it was on camera, it would be scrutinized to death. We scream, we love, we scream. That’s family. But I think because they’re under this microscope, it seemed a lot worse,” she explained. “Family is, for them, always comes first. But there’s a lot that plays out.”

“Look, I didn’t [hit it off with Sutton] either last year and Sutton and I are really good friends now. Sutton can take some time to get to know and also, I think Diana too,” Crystal shared. “When you have two very very different but strong personalities, I think that’s sort of natural.”