Lala Kent Suggests Tom Schwartz Brought Divorce on Himself, and Slams Vanderpump Rules Costar as a “Liability,” Plus Why She’s Upset With Him 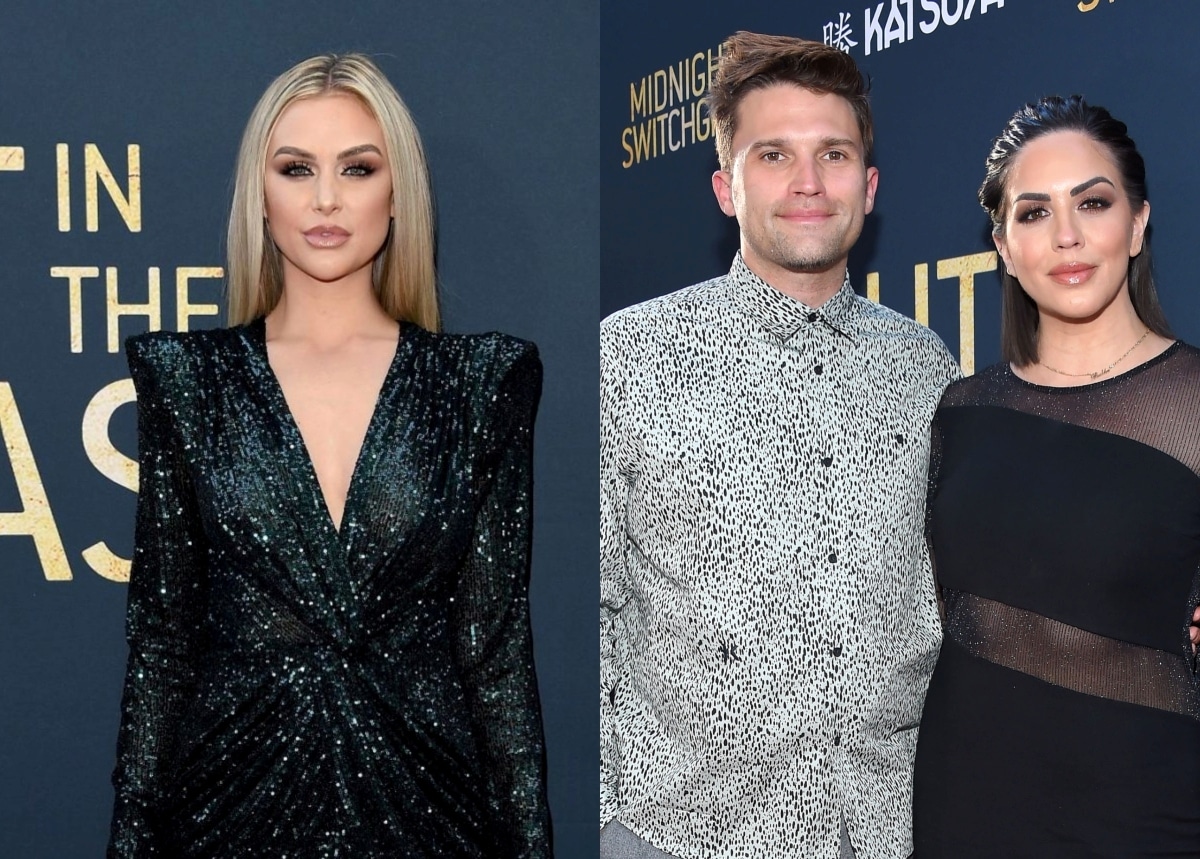 Lala Kent has no sympathy for Tom Schwartz amid his split from Katie Maloney.

After proclaiming that she’d cut her Vanderpump Rules castmate out of her life earlier this year after learning he’d remained friendly with her ex-fiancé, Randall Emmett, who she accused of cheating in October 2021, Lala opened up about their estrangement on her podcast and learning he may be attending a Father’s Day party she was invited to at Jax Taylor and Brittany Cartwright‘s Los Angeles home.

“Jax tells me that Schwartz wants to come over to the house, he was like, ‘Is that okay?’ I was like, ‘It’s your house, you can have whoever you want over. I’m not going to be very friendly, hope you guys don’t feel awkward when I’m going to be a b-tch.’ He was like, ‘I know but he’s at home and he’s depressed right now and he’s having a hard time,’” Lala recalled on a recent episode of Give Them Lala, via Heavy.

While Jax expressed that he felt bad for Tom, Lala couldn’t have cared less. In fact, she told Jax that when it came to Tom and Katie’s divorce, she put the blame fully on Tom.

“I go, ‘Wrong f-cking audience. You think I give a sh-t that he’s sad and he’s having a really hard time? I don’t give a f-ck. I’ll trade you. Let’s trade. Let’s f-cking trade. And let’s not pretend you didn’t do this to yourself Schwartz, I’m the wrong audience member,'” Lala noted.

Although Lala has no empathy for Tom, she clarified that the two of them are not “beefing,” and she even described her Pump Rules co-star as “very sweet.”

“I don’t feel like we are beefing, I think it’s you’ve shown to me what type of person you are, which by the way he’s not a bad person. But at this point of my life, you come correct or I want nothing to do with you,” Lala explained. “Beefing to me is you’re going toes, you’re going toes and there will be a resolution in the end. There’s no resolution. I don’t want you f-cking near me.”

Lala went on to say that because Tom has chosen to stay friends with Randall after all that he’s done to her, even during the time she was pregnant with their daughter, Ocean Kent Emmett, now one, she has no interest in communicating with him.

“I can’t have people around me — you could be as sweet as pie but I’m telling you what, if you maneuver a certain way, you’re a f-cking liability,” Lala added.

Vanderpump Rules season 10 is expected to begin filming sometime in the coming weeks.