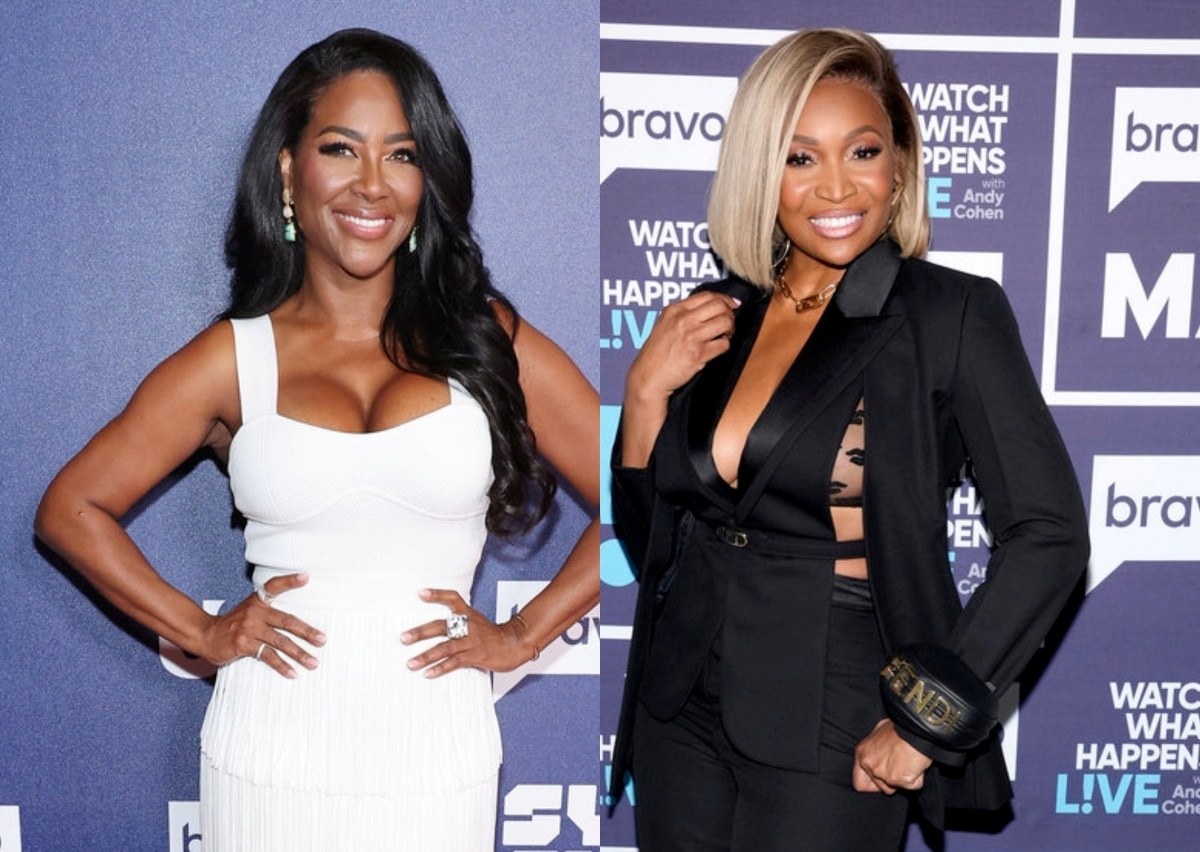 Kenya Moore believes Marlo Hampton picked fights with her throughout the 14th season of The Real Housewives of Atlanta because she felt it would keep her relevant on the Bravo reality series.

Following the latest episode of the three-part RHOA reunion, which featured Kenya shading Marlo as a “sociopath,” Kenya voiced her suspicions about Marlo’s antics, claiming her castmate “reeks of desperation.” Marlo fought back by suggesting that Kenya has refused to be supportive of her despite her efforts to be a good friend.

“She thinks it’s going to make her relevant, it just reeks of desperation,” Kenya said of Marlo on the September 18 episode of the RHOA: After Show. “I don’t want to have anything to do with you and I have an option in my life to get rid of people who don’t mean me any well-wishes.”

According to Kenya, Marlo has done a number of things to prove she’s not worthy of her friendship, including hurling insults at her at Cynthia Bailey‘s engagement party and picking at her at Cynthia’s barbecue.

Meanwhile, Marlo said she believes it is Kenya who caught a “bad case of can’t take” after she showed her what a great friend she could be.

“Why are you that upset? We were just friends. I’m literally in New York, asleep on Kenya’s shoulder. I’m ready to fight [Marc Daly] for Kenya in New York. What the hell? Because I said I thought you were lying about being sick? You’re that angry at me because I didn’t agree with you?” Marlo wondered. “I came in 100 full blast being Kenya’s friend.”

Looking back at their years-long relationship, Marlo said she supported Kenya’s desire to be cast on Dancing With the Stars by dressing up like Rizzo — only to learn that Kenya had been extremely rude to a woman she sent to her door.

“As soon as I send an invitation over to your house, that little girl was so hurt, that little girl, seriously, she said, ‘She’s so mean. Why was she so mean about your invitation?’ And this young lady remembered her from my wig event. So it’s like why, why nothing I do can you ever just say, ‘Sis, you’re doing good?'” Marlo wondered. “Is there any way you can just congratulate me?”

Continuing on, Marlo said that it is clear that Kenya and Kandi Burruss really “don’t f-ck with [her].”

“It hurts. It really does. I never tell her that but it hurts, it does,” Marlo admitted. “And it’s weird because it’s like, Kenya, you were the girl that had a rough time coming up, and then I am, so why are you picking at me? Why are you belittling me?”

Then, after noting that Kenya is “an amazing mom” who has “accomplished a lot,” Marlo shaded Kenya’s ongoing efforts to be an “A-list actress.”

“I get it and I wish and I pray for that for her. [But] she’s upset… She sees me just kinda moving on up. I’m moving up, rising, and she just… But it’s okay,” Marlo went on.

But Kenya believes Marlo has been the aggressor, accusing her of making up lies about her and claiming she’s a liar. She also said Marlo is “not dealing with a full bag.”

The Real Housewives of Atlanta season 14 reunion concludes with part three on Sunday, September 25, at 8/7c on Bravo.