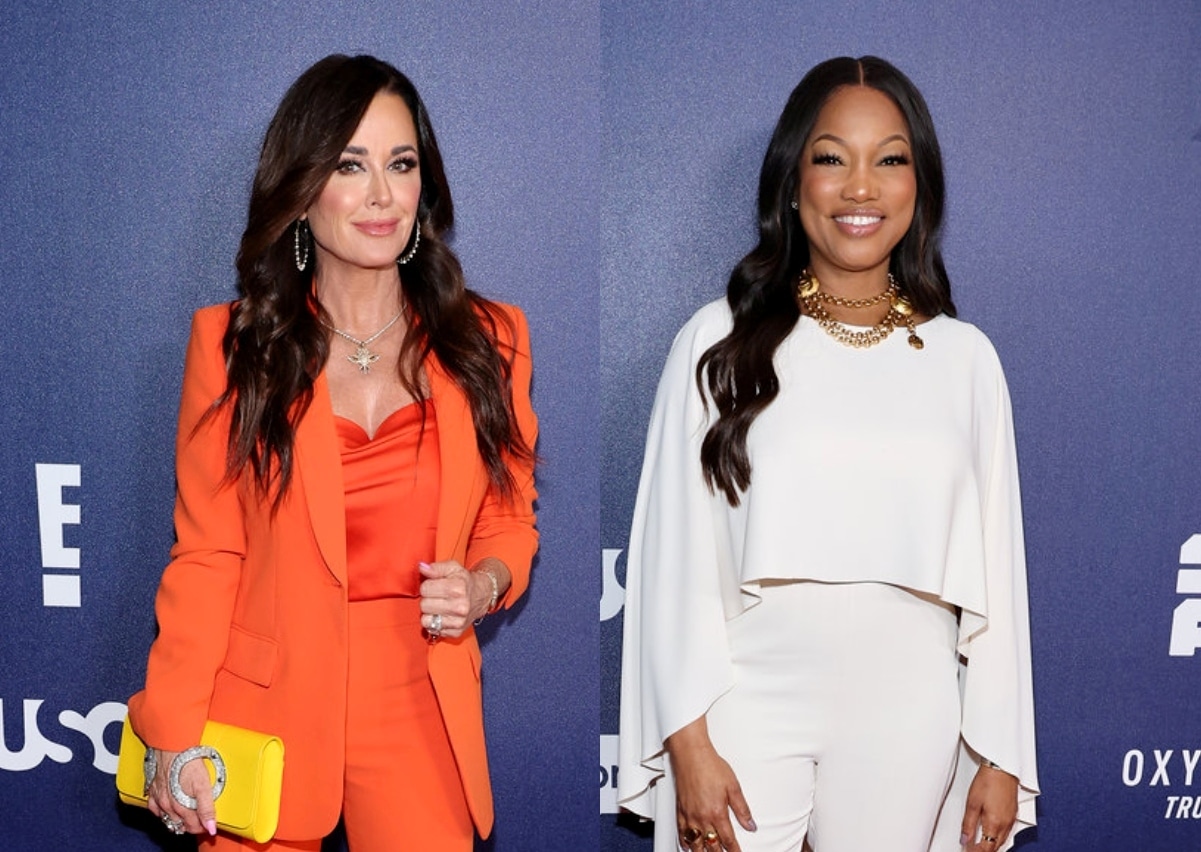 Kyle Richards took to her Instagram Story on Saturday to wish Garcelle Beauvais a happy birthday.

Although the two women were certainly involved in their fair share of drama throughout the 12th season of The Real Housewives of Beverly Hills, Kyle, 53, put their past differences aside to honor Garcelle on her 56th birthday while also addressing the potential second season of Buying Beverly Hills.

“Happy birthday [Garcelle Beauvais],” Kyle wrote, along with a photo of Garcelle standing in front of a body of water in a long blue jacket. “May all your wishes come true!”

But because of Kyle and Garcelle’s past, which includes ups and downs over Garcelle’s closeness to Kyle’s sister, Kathy Hilton, who Kyle is currently estranged from, and Kyle’s (temporary) amusement of Erika Jayne‘s treatment of Garcelle’s son Jax, the intention behind her birthday post was pulled into question.

In a post shared to their own Instagram Story, Bravo and Cocktails asked their followers if they believed Kyle was “genuinely wishing [Garcelle] a happy birthday” or “trying to smooth things over.” 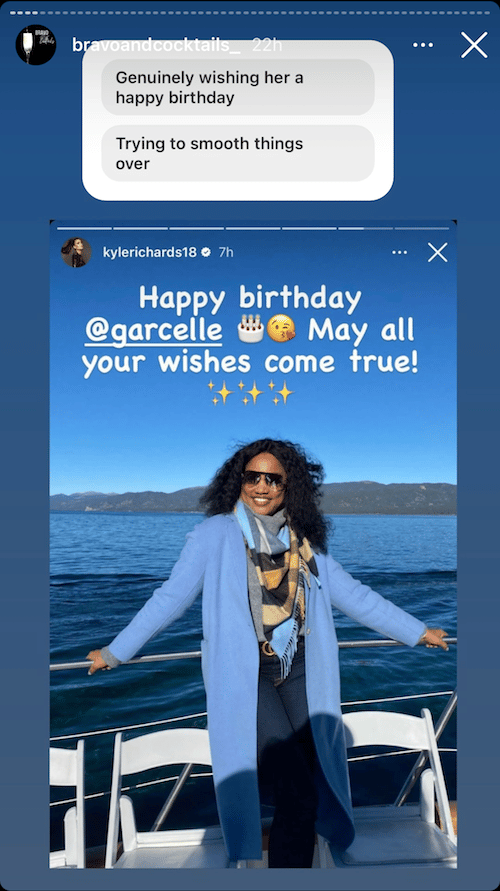 In another post shared to her Instagram Story, Kyle reacted to a fan who said they were ready for another season of Netflix’s Buying Beverly Hills, which stars her husband, Mauricio Umansky, 52, their oldest daughter, Alexia Umansky, 26, and Kyle’s oldest daughter, Farrah Aldjufrie, 34, who she shares with ex-husband Guraish Aldjufrie.

“Ready for [season two]!” they proclaimed, along with a screenshot of the reality show. 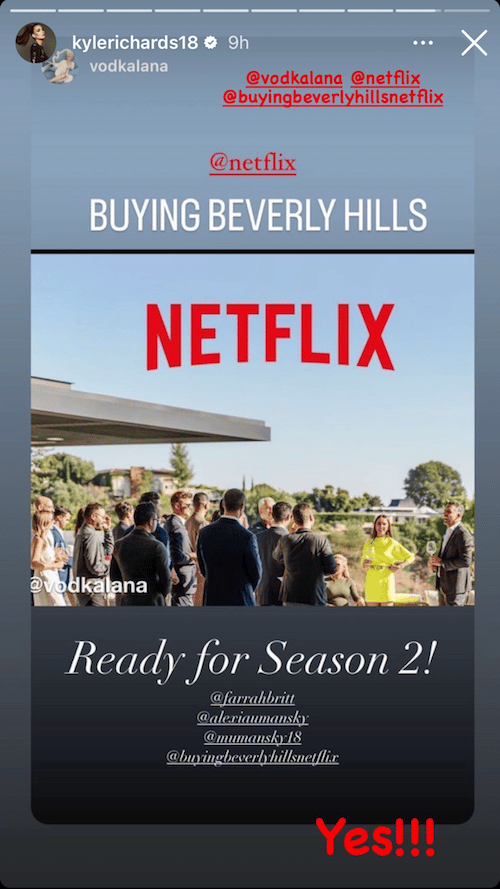 Although Kyle didn’t film the debut season of Buying Beverly Hills due to what Mauricio told Us Weekly he believed was likely “an issue between networks,” he told E! News last week that he was grateful for the way in which his wife’s role on RHOBH led to him and his daughters getting their own real estate show.

“She’s definitely paved the way for all of us, and now I get to reap the benefits because I’m the one that gets to have a show with my daughters and my kids,” he stated.