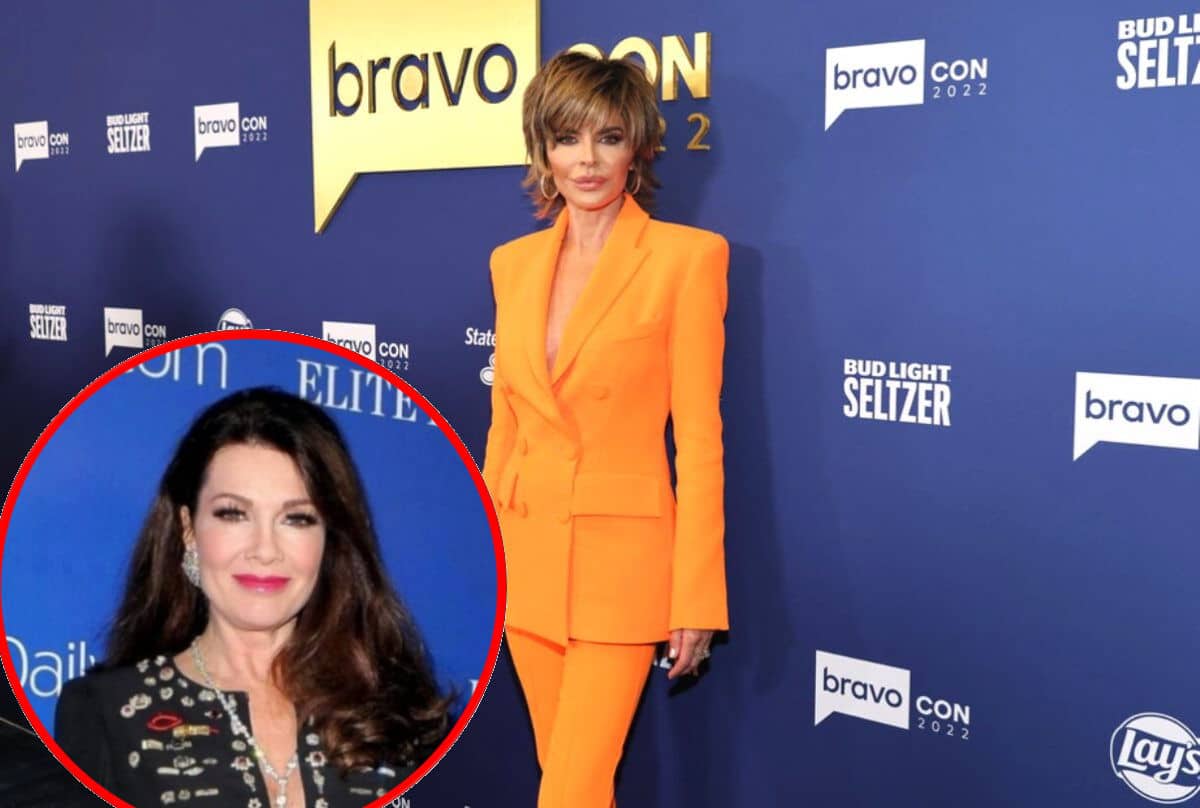 Lisa Rinna is reacting to the “ding dong” tweet Lisa Vanderpump shared upon her departure from the Real Housewives of Beverly Hills.

Days after Vanderpump suggested “the witch is dead,” Rinna opened up about her decision to leave the series, responded to Andy Cohen‘s suggestion that she’s on “pause,” and shared details of an alleged behind-the-scenes “smear campaign” aimed to protect her season 12 nemesis, Kathy Hilton.

“That’s what everybody said when she left the show,” Rinna said of Vanderpump’s post during a January 13 interview with Interview magazine.

As she moves on from RHOBH after eight seasons, Rinna is feeling “lots of things.”

“I had a rough year … I can always come back and handle something. But something has gotten to the Housewife Universe because of what’s going on in the world, and it’s reflected in the way the fans react to the world of Housewives,” she said of season 12. “And I just think it’s unhealthy. It wasn’t working for me. It wasn’t right for me.”

In fact, while Rinna waited until earlier this month to announce her exit, she actually quit after filming the season 12 reunion last September.

According to Rinna, she “f-cking hated” season 12 “for a lot of reasons.”

“My mom died, we all know that. But that’s not the biggest reason. The story just didn’t get told as two-sidedly as I would’ve liked,” she explained. “We all know that they have the power in the edit. You do not have power in the edit whatsoever … If I could tell my story the way it really, really, really happens, that would be fabulous, wouldn’t it?”

During the season, Rinna came forward with shocking claims Kathy made against sister Kyle Richards amid her meltdown in Aspen. And while she insists she was being honest about the off-camera rant, many named her as the bad guy for coming between the sisters.

“It was unfortunate that there weren’t cameras in Aspen,” she noted. “In the moment, I didn’t think to turn on my voice memos. When somebody’s having a nuclear breakdown, you don’t think, ‘Oh, I should be filming this.’ When you’ve actually tried to save somebody and get somebody out of a club because they were hurting themselves, you think, ‘What the f-ck do I do? Do I call the police? I don’t know what to do.’”

Although Rinna felt that Kathy was the true villain of the season, it was she and Erika Jayne who took the brunt of the backlash for their accounts of her outburst. And as Rinna explained, that was due the behavior of a Bravo employee.

“I’m going to tread very lightly. But I think certain people got involved that could maybe quiet the story, could make certain things go away. A whole other level of stuff went down to make sure that that person was protected,” she revealed. “There’s a smear campaign that went on online against me. It was all very calculated. And there was a person on payroll doing that.”

Rinna went on to say that while there are plenty of “great things” about Kathy, she is known to have a temper.

“As her sister [Kim Richards] said to her, ‘Just don’t lose your temper on the show.’ We all want to be liked. But when you become a fan favorite and all of a sudden people are really loving you, it’s very hard to drop that,” she explained.

Looking back on season 12, Rinna said she doesn’t feel she owes anyone an apology — and made it clear that she’s not fully over Sutton Stracke‘s claims of having paid for her ticket to the Elton John Gala.

“I’ve thought a lot about it. I already apologized to Sutton at the reunion … But I didn’t do anything other than tell the truth. And when I screamed at Sutton, I apologized in the moment at the dinner. And at my house, I was drunk after the wine tasting. These are not excuses, they just are. I still think it’s really sh-tty what she did, trying to put this ticket thing on us,” Rinna noted.

Rinna also said that when it came to season 12, she was “no more terrible than” she’s ever been.

“I raised my voice to Sutton Stracke twice. Big f-cking deal … To single out my behavior this year as being horrific … I mean, did you see me in Amsterdam?” she wondered.

Also during the interview, Rinna said that after coming face-to-face with Kathy at the People’s Choice Awards in December, she decided to play nice.

“I give her a lot of credit for showing up to the reunion, because she could have run like Lisa Vanderpump did. I respect that she stood up for what she wants people to believe,” Rinna added.