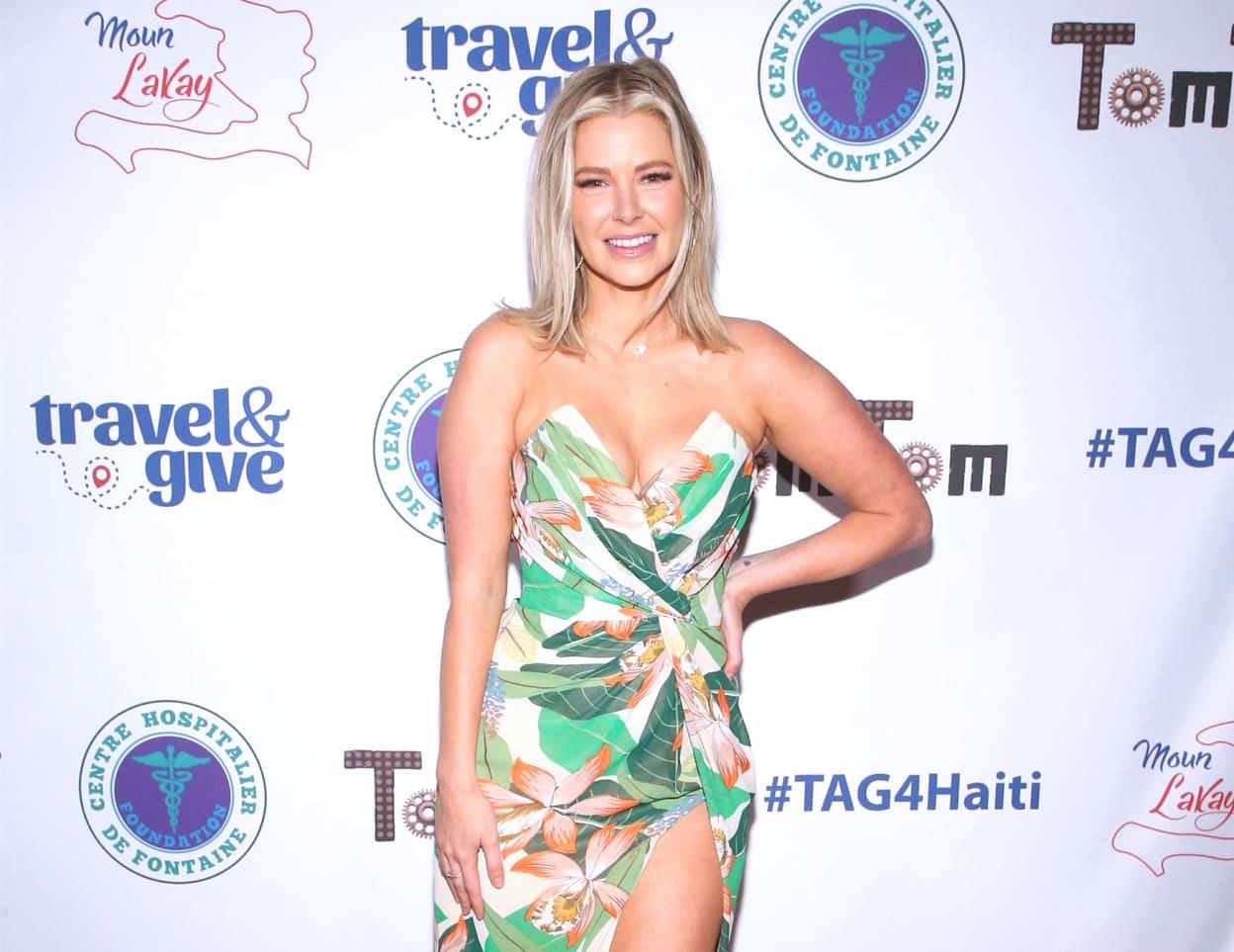 Ariana Madix took to her Instagram Story to answer a fan question about the upcoming 10th season of Vanderpump Rules.

As fans await news about the new season, Ariana admitted that while there is one particular aspect about the coming episodes she’s excited for fans to see, she went through some dark times amid production that she’s not thrilled to relive.

“What are you, and are you not looking forward to showing on next season of [Vanderpump Rules]?” a fan asked on December 26.

“[I’m] looking forward to everyone seeing [Schwartz & Sandy’s] and NOT looking forward to reliving Charlotte and my grandma both passing away during filming and my subsequent white knuckle attempt to hold on to a shred of my sanity,” Ariana replied. 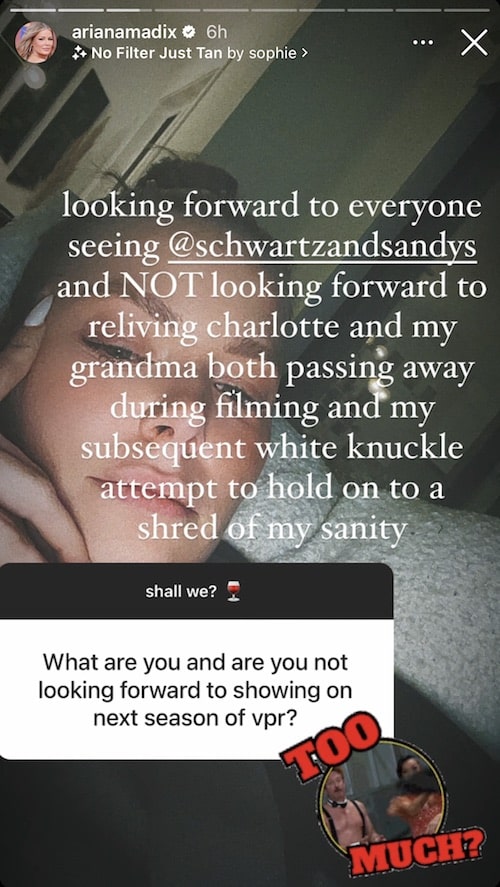 At the end of summer, while looking back at her birthday celebration in June, Ariana sparked rumors of a potential split from boyfriend Tom Sandoval by stating that “so much has changed” and noting that she’d gone through “some sad” things. However, after fans began asking questions, Ariana clarified that she was discussing the loss of her dog, Charlotte, as she did on her podcast, Earth to Ariana, specifically on the “Charlotte Forever” episode.

Then, weeks later, as breakup rumors persisted as she missed one of Sandoval’s performances, Ariana explained her absence, stating that she had been in Florida due to “a very devastating family emergency.”

“[I] am taking it easy and practicing self care,” Ariana replied, not confirming whether or not the situation involved her grandmother. “We are very much together and in love. You never know what someone is going through, so this stuff is honestly quite rude given the REAL situation.”

Also in the coming season, fans are expected to see the fallout from Tom Schwartz‘s split from Katie Maloney, and his brief romance with Raquel Leviss, which was allegedly sparked at the August wedding of Scheana Shay and Brock Davies, which will also be featured on the new episodes.

They may also see the progress being made on Ariana and Katie’s sandwich shop, which could be open as early as spring 2023.