Home Real Housewives of Orange County News RHOC Star Emily Simpson Reveals Where She Stands With Gina and Accuses Her of Being Judgmental, Shares If She’d Quit the Show for Husband Shane Plus How He Reacted to Failing Bar Exam

RHOC Star Emily Simpson Reveals Where She Stands With Gina and Accuses Her of Being Judgmental, Shares If She’d Quit the Show for Husband Shane Plus How He Reacted to Failing Bar Exam 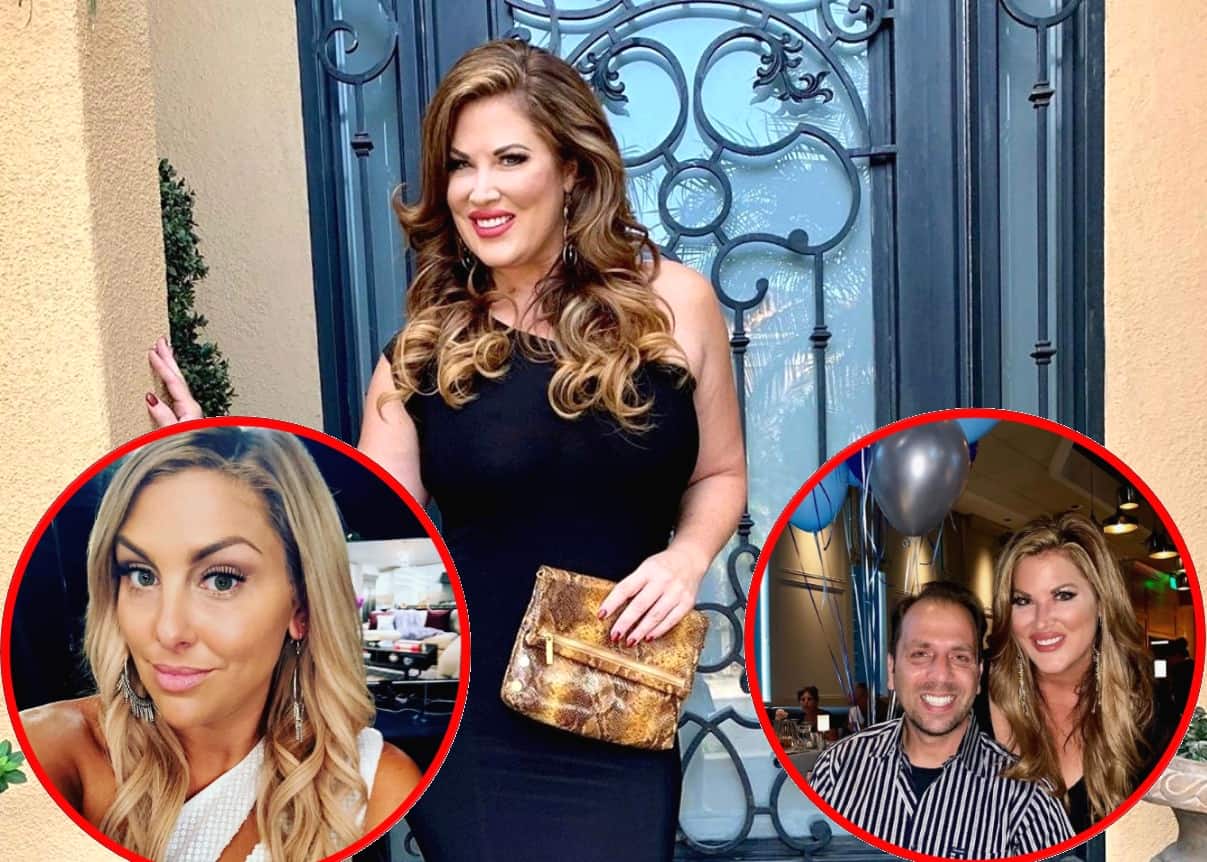 Emily Simpson and Gina Kirschenheiter may have gone through hard times during the 14th season of The Real Housewives of Orange County, but where do they stand today?

During a new interview, Emily revealed her current relationship with Gina, who she was recently seen feuding with on the show, before teasing fans of a potential friendship with Tamra Judge and sharing whether or not she’d ever quit the Bravo TV reality series to appease her husband, Shane Simpson.

Looking back on her feud with Gina over her trip to Las Vegas, where she starred in a raunchy dance, Emily told People TV’s Reality Check, that she didn’t feel she was being insensitive towards the fact that Gina was facing the legal fallout of her DUI at the time.

“I don’t think I was being insensitive. I think I was just saying like, ‘Why don’t you come with me, it will be fun,’ as anyone would do for their best friend,” Emily explained. “Really the whole getting mad at me about the Vegas thing I really honestly, to this day, I don’t understand.”

After skipping out on the trip, Gina called out Emily for dancing in a provocative manner in front of her father-in-law, which Emily found to be very judgmental.

“When she told me about getting a DUI, I felt like I was nonjudgmental because she’s so close to me and I care about her so much. [But] with the Vegas thing, I felt like it was very judgmental,” Emily said, “And I’m like, ‘Well, wait a minute. I wasn’t judgmental. I was supportive of you.’ I expected the same in return and didn’t feel like I was getting it.”

Despite their rocky patch, Emily said she and Gina are “good” today. But, that isn’t to say there’s not more drama on the way.

As for Emily’s relationships with her other co-stars, she’s confused about the way in which they accused her of not being open, all while talking badly about her behind her back.

“To have a conversation saying, ‘You’re not open. You’re not sharing information with us.’ It’s like, ‘Well, first of all, you have me blocked on Instagram and you don’t ever talk to me,’” she shared.

While Emily is currently blocked by Shannon Beador on Instagram, her relationship with Tamra appears to be headed in a positive direction.

“Tamra and I do go through an upswing where we kind of bond over some things, some health things, so there was definitely an opening up of our relationship,” she revealed.

During another interview with Us Weekly, Emily opened up about her husband, who has become quite the hot topic on the show, and she admitted to having discussions about his potential exit from the series.

As for her own possible exit, Emily said that if she was forced to decide between RHOC and her marriage, she’d pick Shane all the way. “I would choose my husband,” she confirmed.

While Shane doesn’t love appearing on RHOC, he has learned a lot from his time on Bravo TV.

“I think him watching the episodes and then seeing what everybody’s saying on social media, I feel like that was probably the kick in the pants that he needed to be like, ‘Oh, I’m not nice sometimes and I don’t talk really nice to my wife and I do need to change,’” Emily said.

As for his recent attempts at passing the bar exam, Emily said she too took “two bar exams” before admitting that Shane wasn’t any more confident going into his second bar exam than he was the first time around.

“He called me and he was upset. He kind of freaked out,” Emily said. “I just feel like Shane’s not a good test-taker and I am. Honestly, I think if you gave Shane and me an IQ test, I think his IQ is off the charts because he’s so witty and he’s so quick. But I just take tests well. I don’t think I’m as smart as he is, I think I’m just a good test-taker.”

The results of Shane’s second bar exam are expected to be released later this year in November. The Real Housewives of Orange County season 14 airs Tuesdays at 9 p.m. on Bravo TV.