Home Real Housewives of New York City News RHONY: Eboni Williams Reacts to Costars Reportedly Snubbing Her, Says She and Leah Are “Friendly Colleagues,” and Reveals Where She Stands With Ramona

RHONY: Eboni Williams Reacts to Costars Reportedly Snubbing Her, Says She and Leah Are “Friendly Colleagues,” and Reveals Where She Stands With Ramona 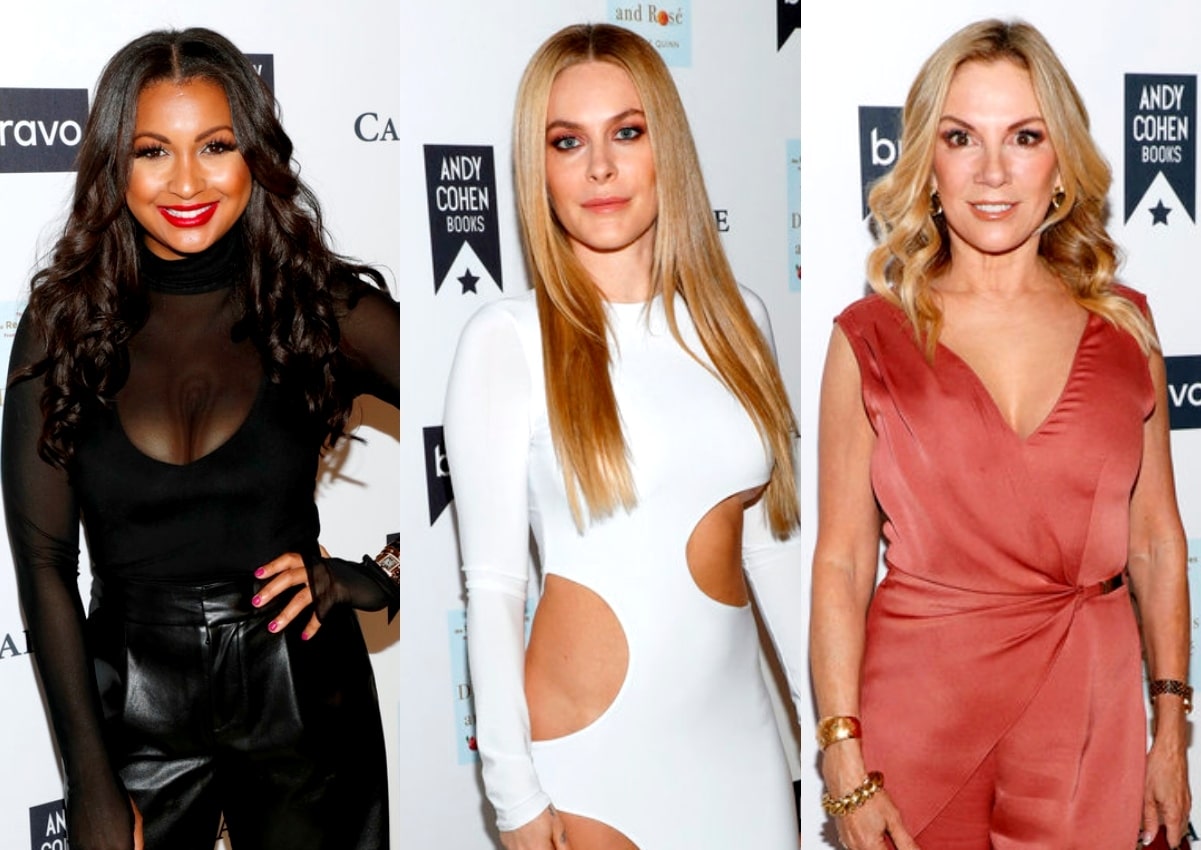 Eboni K. Williams addressed the alleged “pact” in which her Real Housewives of New York City castmates left a recent book launch before she arrived on Instagram on Thursday.

After Ramona Singer, Luann de Lesseps, and Leah McSweeney quickly exited Dave Quinn‘s book release party before Eboni arrived, reportedly in an effort to avoid her, Eboni reacted to the claim before revealing her friendship with Leah isn’t exactly what it seemed to be on the recently-aired 13th season of the Bravo reality show.

“I actually have no idea if that’s accurate. That’s the reality,” Eboni told host Adam Cohen-Aslatei on the November 4 episode of S’More Date. “I showed up around 8. The party started at 7. And when I got there, none of my castmates were still there.”

Although Leah was rumored to have brought Eboni to the show, Eboni revealed it was actually “an executive” who sought her out. And when Adam asked her if she and Leah were “still friends,” Eboni gave a somewhat surprising answer.

“Oh, you’re messy. You are real messy. Leah and I are what we’ve always been: Friendly colleagues,” she explained.

Then, when asked for more information, Eboni said, “Goodnight,” and she joked that she was leaving the chat.

Following the news of the supposed RHONY “pact against Eboni,” Leah seemed to shut down rumors of drama with her castmate, saying that while they “haven’t talked” and “haven’t seen” one another, “everything’s OK.”

But everything wasn’t okay at the end of production on season 13 when the cast was left without a reunion amid claims that Eboni had filed a complaint against Ramona for making an allegedly racist comment.

“I can only tell you what I was told, which is that there was unprecedented schedule conflicts,” Eboni said of the reason behind the cancellation of the reunion. “I was ready for a reunion.”

Despite the recent allegations against Ramona, which the series OG has denied, Eboni said the two of them actually ended the season in a decent place.

“Ramona and I had, not a lot of conversation during the airing of the episodes, but we went to dinner at the conclusion of the episodes airing and I think it was productive in the sense that we’re two adults coming from two very different worlds, both extremely strong-minded and affirmed in who we are and what we represent and I think we actually were able to get to a place of acknowledging the limitations of what our relationship will be and also acknowledge where there is actual opportunity to be in some kind of relationship together,” she revealed.

“And to me,” she continued, “That was as good as it gets in terms of me and Ramona.”

Although many believed that a stint on RHONY would prove counterproductive for Eboni, who was already an established TV anchor at the time she was cast in 2020, she told Adam that the show has been “hugely helpful” to her career.

“I came into the platform with a full-fledged career. And all RHONY has done for me is amplified the work. So for me, RHONY has really been all good professionally,” she shared.

That said, her return to season 14 has yet to be confirmed.

“I know exactly where you’ll see me next. I’m not at liberty to say. I can tell you it will — for all of those who were dumbfounded when they read the announcement that I was going to be a new housewife — they’re going to be as surprised as to [where I will be seen next],” Eboni told Adam, hinting that she recently landed a hosting gig.

Also during the interview, Eboni reacted to Nicki Minaj‘s recent appearance at the Real Housewives of Potomac reunion, saying she’s “1,000 percent for it.”

“Nicki Minaj is important to the culture. So I love it,” she stated.