Traci Lynn Johnson Tells Gia to “Have a Little Respect,” Says She Doesn’t Associate With People Like Teresa, Plus Reveals Most Surprising Part of RHONJ 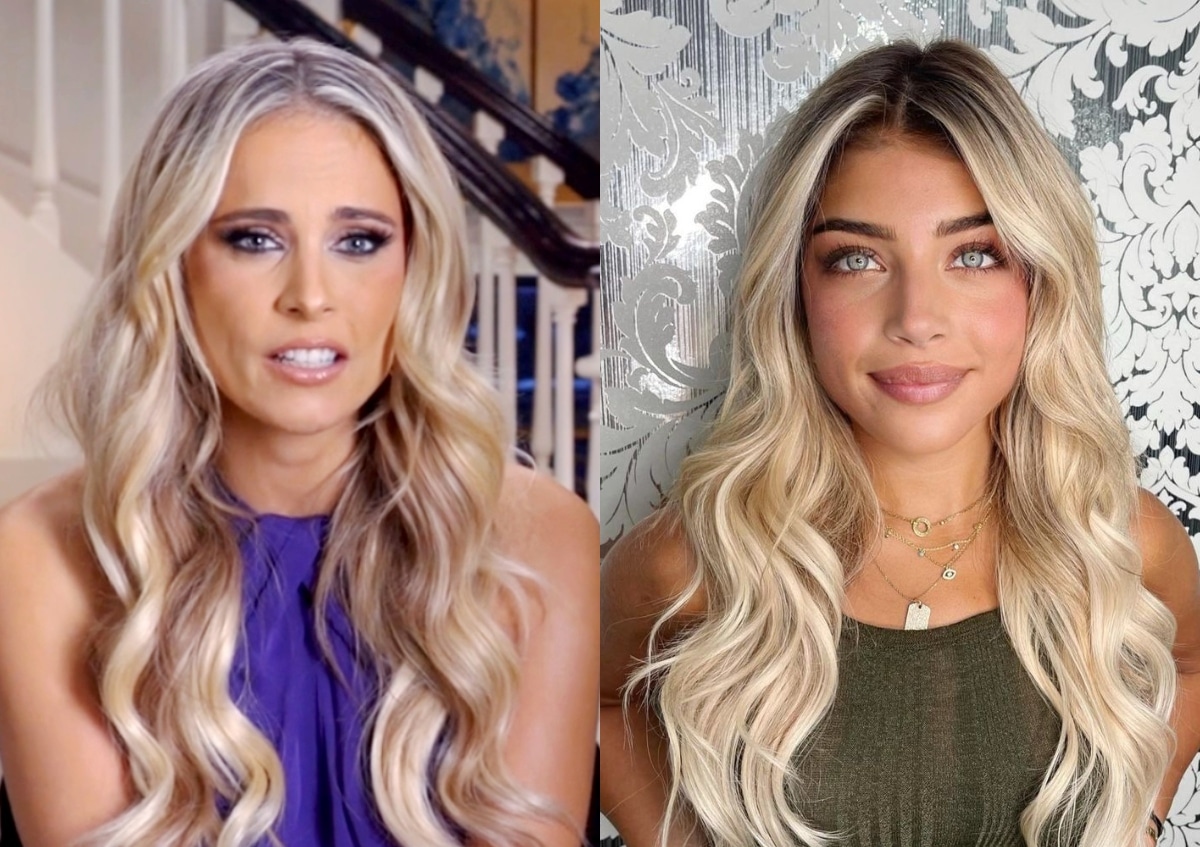 Traci Lynn Johnson is looking back on her debut season of The Real Housewives of New Jersey.

Before discussing the most surprising thing about the Bravo reality series and revealing how her time on it changed her marriage to Tiki Barber, Traci admitted that while Teresa Giudice‘s daughter, Gia Giudice, should have a voice on the show, it shouldn’t be used to disrespect family.

“I think Gia has every right to state her opinion to her uncle, but I think at the end of the day, she has to remember she’s 21-years-old and her uncle has been there for her since the day she was born. So have a little respect, too,” Traci told Us Weekly on April 23.

Although some newbies are a bit scared to go head-to-head with Teresa, Traci said she was only nervous at the beginning of the season.

“I think in the beginning, I was a little hesitant to ever really speak my mind to Teresa because she does come off very aggressive. But the further along in filming I got, I realized she has a lot of bark but not a lot of bites. And the worse she can usually do is yell at you,” Traci noted.

As Teresa was hit with questions about her now-fiancé Luis Ruelas‘ past, Traci’s marriage to Tiki, and the way their relationship began, was pulled into question. So, when asked if there was anything she’d like to clear up about season 12, Traci gave a nod to the rumors surrounding her marriage, including “that Tiki and I had this big affair, which was not true,” and “that I was the nanny or the babysitter, which was patently not true.”

“I think all those things came up, and I was very happy to have a platform to address them, finally,” Traci admitted.

Despite the speculation, Traci said that she appreciated the show’s impact on her relationship.

“I don’t think he would say it changed our relationship. [But] I think for me, it made me admire him more because I suddenly became so much more busy than normal, and he was so supportive, always giving me the most confidence to go out there and do my thing and not be afraid,” Traci explained. “It really made me respect him more as a husband.”

Regarding what she found as the most surprising aspect of RHONJ, Traci said it was the fact that “people really don’t let things go.”

“I was very shocked to see that you think you’re okay one day, and then two weeks later, the same thing gets brought up again, and I’m kind of sitting back going, ‘I thought we resolved that two weeks ago,’” she shared. “I still go back to Teresa being mad at me for things my husband asked her boyfriend. To me, I’m still to this day confused at why you’re mad at me for something my husband did, but you’re not mad at him.”

According to Traci, she addressed this topic and more at the RHONJ reunion.

“I didn’t know reunions could be so crazy. I haven’t experienced such a long day of women basically pulling out every receipt they had of every conflict they had throughout the season. It was intense but fun,” Traci described. “It was great to see some things have resolutions. It was sad to see others not. I felt like my main issue was always talking to Teresa about her still being upset with me for something Tiki did, and I think we kind of addressed it during the reunion. But I’m not sure where it goes from there.”

Following the heated encounter between Teresa and Margaret Josephs in Nashville, Traci said the trip was a “wild ride” before throwing some major shade at Teresa.

“I didn’t see it coming. Quite honestly, I don’t think I ever would have anticipated an almost 50-year-old woman clearing a table of drinks at someone. That just isn’t people I associate myself with,” Traci stated. “And what Marge was saying wasn’t something that warranted that reaction.”

“It’s just another example of a Teresa-ism in her life where she gets to make the rules and not play by them,” Traci continued. “My husband’s not allowed to ask her boyfriend a question that’s happening in real-time, yet she can look up 12-year-old fake news articles about me and try to talk about it.”

Traci then revealed what fans didn’t see on season 12.

“I cried. I don’t think they showed it. I was like, ‘I am so sorry I brought you into these crazy people,’” Traci recalled of a conversation she had with Tiki. “It was like an image of a zoo. It was like they let the animals out of the cages.”