RHONJ’s Dolores Catania Says There’s “No Good Reason” Teresa Left Her Out of Engagement Party, Shares Where They Stand and Talks Dina 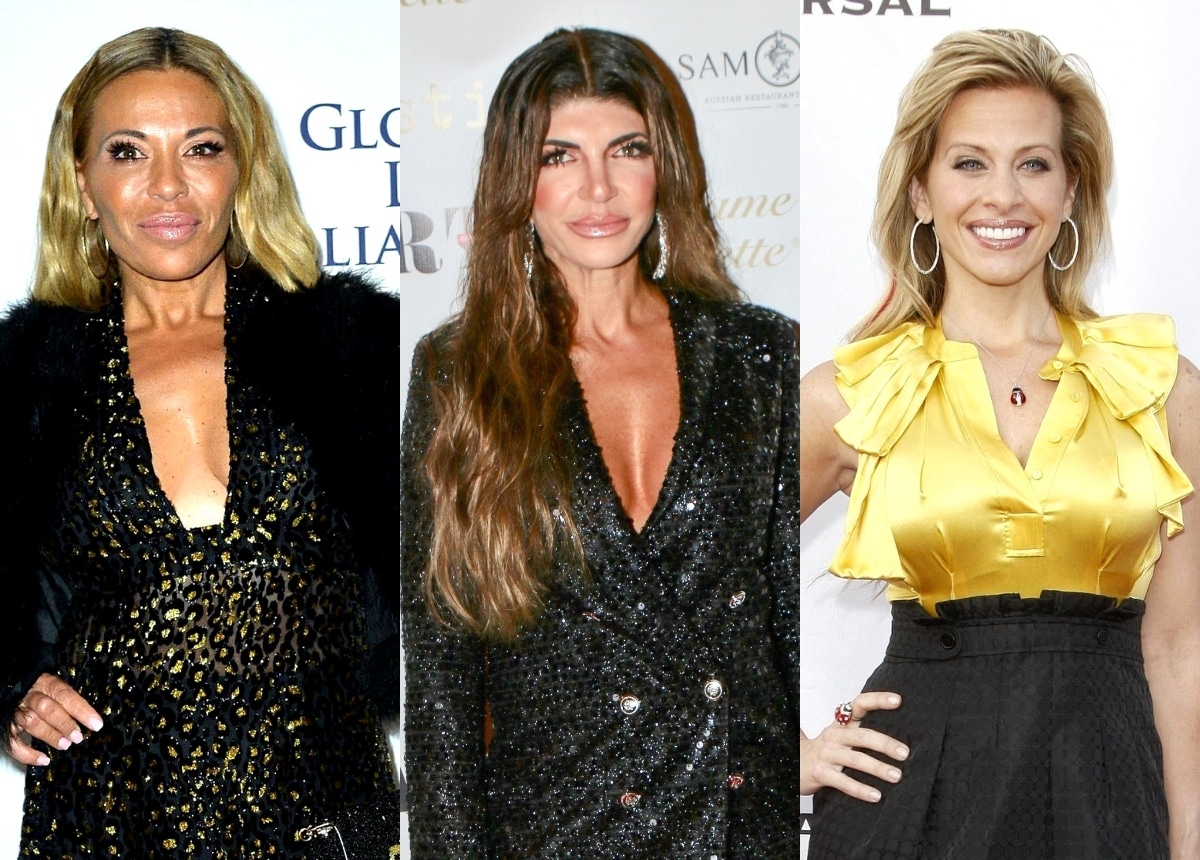 Dolores Catania doesn’t think Teresa Giudice had “good reason” to keep her from attending her and Luis Ruelas‘ engagement party in December 2021.

After first being told that she wasn’t invited because the event was for couples Teresa and Luis had double-dated with and later hearing she was snubbed due to potential drama with Dina Manzo, the Real Housewives of New Jersey cast member admitted to feeling hurt by Teresa.

“I would be lying to say it didn’t [hurt] on some level,” Dolores shared with Page Six on May 10. “Not being invited to somewhere shouldn’t hurt me, OK? So I’m going to remind myself of that when these things happen. I am human, but I shake it off.”

During part one of the RHONJ reunion, Dolores was told she was left out of the party because she and boyfriend Paul Connell hadn’t yet been on a “double date” with Teresa and her fiancé. Then, while appearing on The Slut Pig Podcast earlier this month, Teresa hinted Dolores’ estrangement from Dina was to blame.

“I spoke to Teresa about it and she was like, ‘You know, I don’t why I said that.’ Whatever the reason is, should there be a reason? No,” Dolores confirmed. “To me, there was no good reason — whether it was Dina or whether it was we didn’t go out for couples.”

Although Dolores agreed with Teresa’s comment that she and Dina “do not speak,” she clarified that the two of them “never had a fight or a falling out” and said they simply went their “separate ways” after Dina moved to California and cut ties with much of her life on the East Coast.

“I was on a different journey than she was and our friendship didn’t stay together. But we didn’t have a fight,” Dolores pointed out. “She moved on from a life that she had and I was a part of that. Understood and understandable… I’m not offended!”

According to Dolores, she’s cordial with Dina and has seen her on a number of occasions in recent years.

“It’s not like either one of us did anything to each other that’s so egregious that we can never speak if we saw each other in the same room,” Dolores, who is close with Dina’s estranged sister Caroline Manzo, noted.

While Dolores may not agree with Teresa’s decision not to invite her to the party, she said they have a “vested friendship” that the snub won’t change.

“Sometimes we can fight and have it out and we’re fine the next day. That’s how we are as friends,” she explained.

In another interview, however, Dolores said she “would like to have been invited.”

“It wasn’t my fault that we didn’t go out as couples,” Dolores revealed on the May 10 episode of Us Weekly’s Getting Real with the Housewives podcast. “But I’m not gonna take away from her happiness by fighting with her over her party… If I’m not invited to Teresa’s party or anyone’s f-cking party, I am not sitting home crying about it or caring that much.”

Dolores went on to say that while Teresa may have kept her from her engagement party due to Dina, the same can’t be said for her upcoming wedding.

“I’m sure Dina will be at the wedding. Again, I’m not someone who wouldn’t invite someone because they didn’t get along with someone. It’s their choice to come if they want to,” she reasoned, adding that she’s “okay with it” and that she and Teresa are in a “good place.”

Also during the second interview, Dolores addressed Teresa’s decision to keep Melissa Gorga out of her bridal party.

“I think it’s caused definitely a rift there. Will she regret it? I can’t speak for her,” Dolores shared. “They’ve come back from a lot of things, a lot worse. So I, as a family and as people I consider family, I’ve known them my whole life we’ve grown up together I wish the best for them and I wish always for them to have peace in their lives, but that has to be between them.”

“[Melissa] was genuinely upset,” she added.