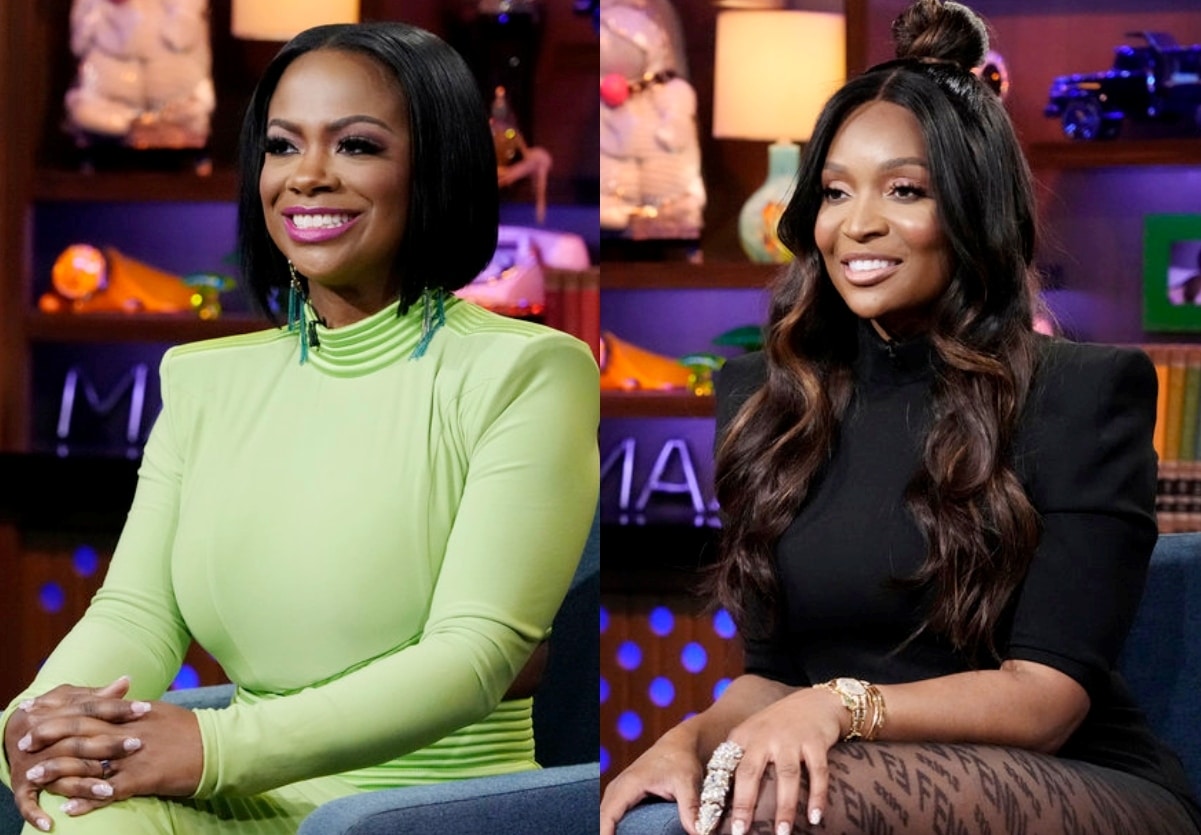 Kandi Burruss didn’t appreciate the way in which certain members of the Real Housewives of Atlanta cast trash-talked her amid the season but attempted to play it off as “funny shade” when confronted.

Amid Sunday’s conclusion of the three-part season 14 reunion, which featured Marlo Hampton discussing Kandi’s marriage to Todd Tucker and supposed lack of worldwide-ness, Kandi made it clear that she wasn’t buying the flip-flopping of her castmates, clarified Todd’s comments about their cast trip, and defended his finances.

“Now y’all talked all this sh-t the whole season about [Kandi] and now everybody sorry [and] funny shade,” an RHOA viewer pointed out on Twitter on September 25. 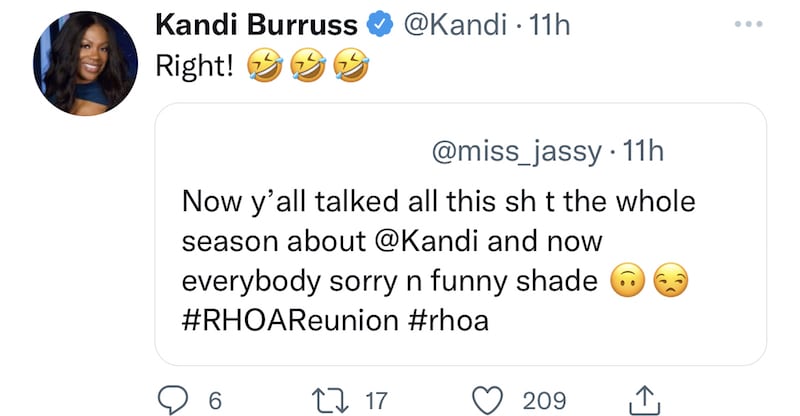 Although Sheree Whitfield joined in on Marlo’s trash-talking on more than one occasion, it was Marlo who Kandi took the most issue with on Twitter.

“Marlo is so full of it. Everything she said was a walk back. She just says whatever she wants and apologizes? That’s crazy,” another person wrote.

And in response, Kandi noted that Marlo has made a habit of talking ill about her before ultimately apologizing and then doing it again.

“That is annoying,” she agreed. “It’s a constant talk sh-t then apologizing cycle…” 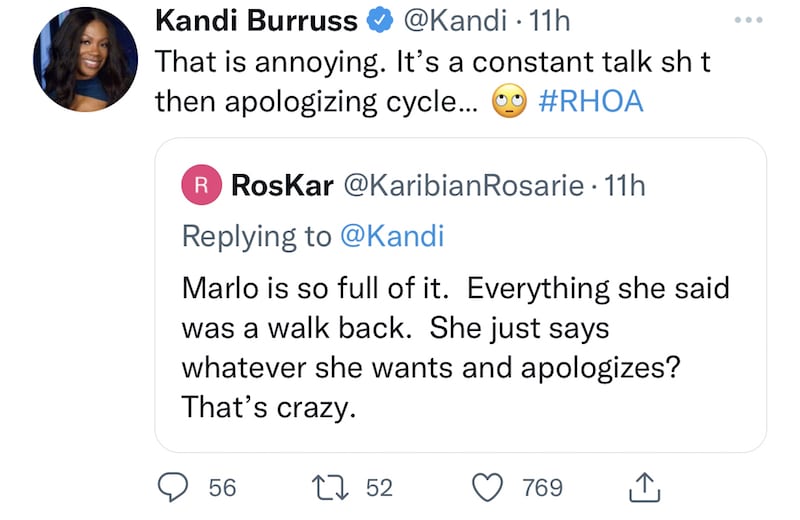 Another couple of fans on Twitter went to bat over Todd’s suggestion that Marlo bought her way onto the show by covering her own expenses.

“So Todd calls Marlo thirsty because she paid for a flight ticket for a trip to Africa??? Boy bye. I would do the same for a free trip. Nene would’ve talked about his dirty teeth. Little man loves to argue with women,” the first person wrote.

And the second wondered, “How is it a free trip if she paid for her flight and her expenses? Maybe her room was covered because she stayed in the house with the girls but she had to pay for everything else. Also, he wasn’t arguing. She asked him a question and he answered it.”

But after coming across the interaction, Kandi said that none of the RHOA cast members pay to go on their cast trips.

“Todd’s point was that she wanted to be a part of this circle so bad that she paid her way to go,” Kandi explained. “She was trying to get in where she fit in. At the end of the day I guess it worked! She got in. 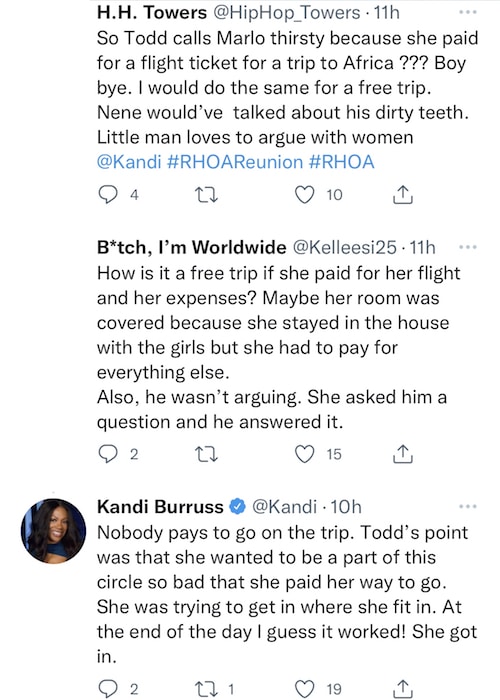 Also on Twitter, Kandi reacted to an RHOA viewer who defended Todd against his many critics.

“When are we gonna stop talking about Todd’s money?” they asked. “Y’all act like she found this man on the street. They met bc he was WORKING on THIS SHOW! [Kandi] make money & Todd makes money, the amount doesn’t matter.” 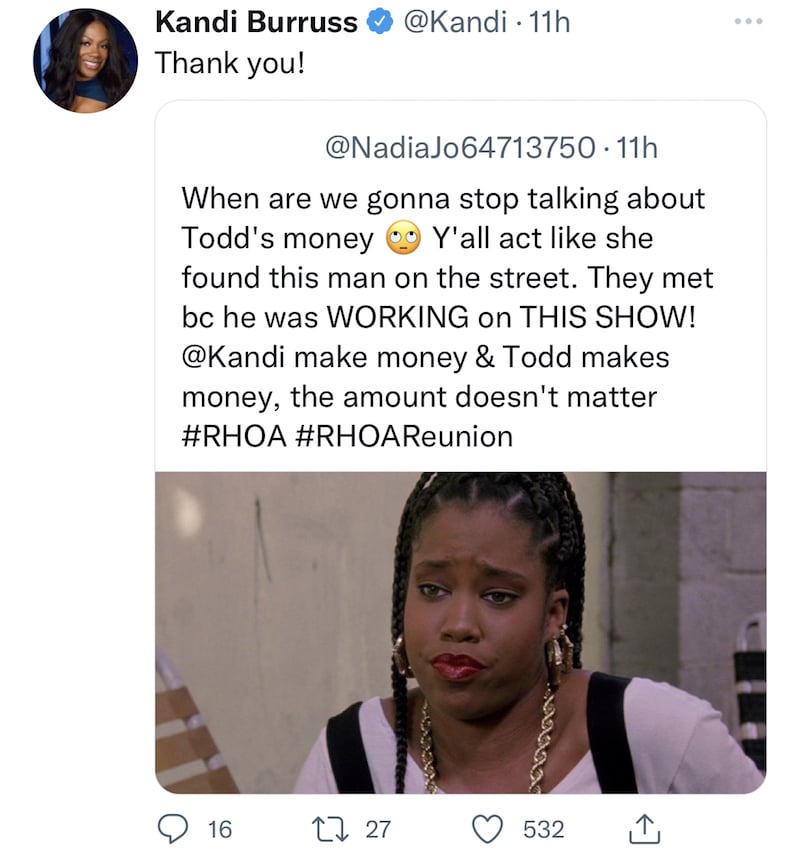 The Real Housewives of Atlanta season 15 is expected to go into production by the end of the year.