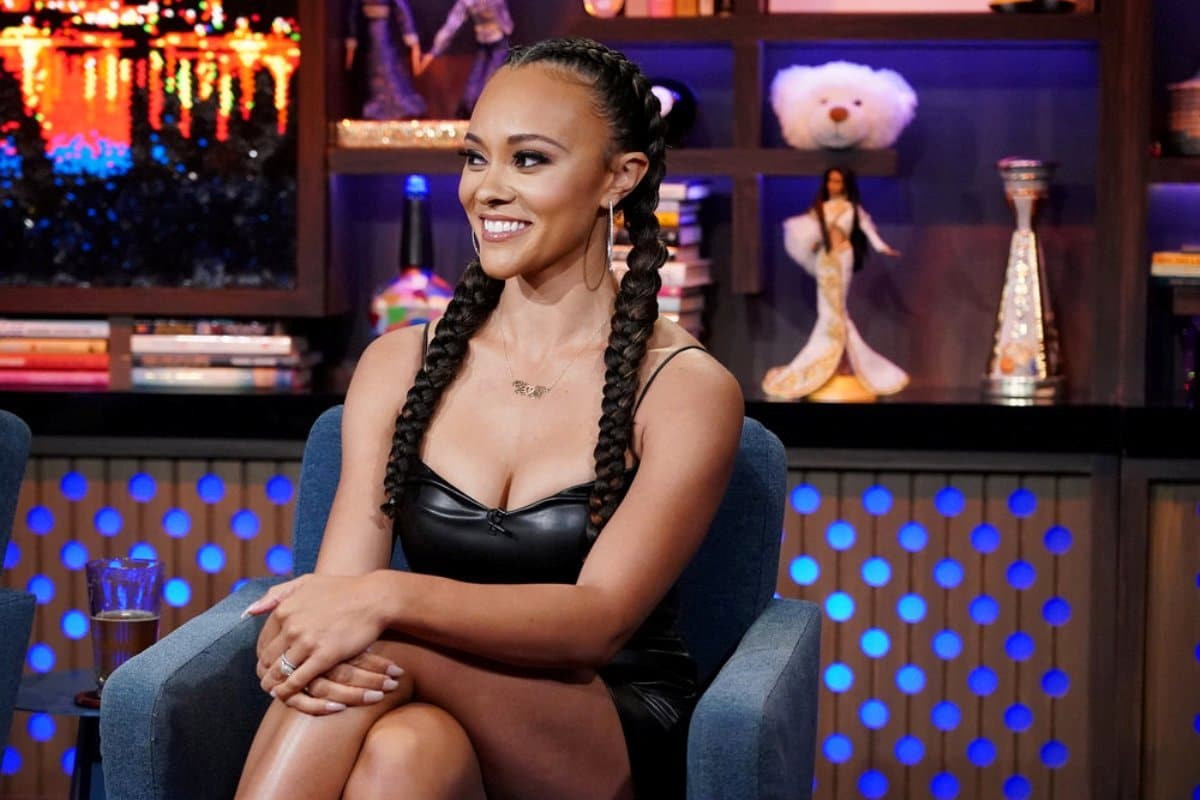 Ashley Darby was questioned about her separation from Michael Darby on Watch What Happens Live on Sunday night.

Following the premiere of Real Housewives of Potomac season seven, Ashley, who split from Michael earlier this year after eight years of marriage, admitted to going back and forth over her feelings for Michael before opening up about her castmates, sharing who is the “messiest” member of the show and more.

“I am six months into my separation, and in the state of Virginia, it takes a year. So I have six more months to go,” Ashley confirmed to host Andy Cohen on the October 9 episode of WWHL. “I’m having a really difficult time. Some days I do want to be with him. Other days I question it. So it’s not like, so I’m not super concrete in it. I’m going through an emotional rollercoaster every day… I cry all the time.”

While Ashley said she and Michael are currently cohabitating in their condo, she denied that they were roommates with benefits, explaining that if they were to sleep together, “that actually negates your separation,” and saying Michael hasn’t brought any other women home “that [she knows] of.”

As for her prenup mixup, Andy noted that her agreement expired after five years of marriage, which prompted Ashley to suggest that may not be the case.

“What I’ve learned is… there’s some language in my prenup. So it’s been a journey. Let’s put it like that,” she cryptically shared.

After offering an update on her divorce, Ashley moved on to RHOP-related topics, saying that when it comes to the messiest cast member of her show, she “probably [has] to take the title.”

“Yeah, and [Gizelle Bryant]. We’re tied. We do the work together,” she noted.

And during Sunday’s premiere, Gizelle lived up to her messy reputation, asking Mia Thornton, who had mentioned her potential cancer diagnosis on social media, at an event, “So cancer, or no cancer?”

“Her delivery may have been a little bit harsh, but honestly, it was what was on everybody’s mind,” Ashley said of the comment. “It was like the elephant in the room because we had heard the news, and then she kinda took it back on social media so everyone had a question mark dangling in the air, like, what was actually going on with Mia’s health.”

Ashley also commented on Karen Huger‘s behavior in the premiere after being asked if she thought Karen was playing both sides.

“Yeah, I think Karen was trying to walk the line a little bit, walk on eggshells because it was a discussion about cancer so you don’t want to appear too insensitive, but at the same time, there were some causes for pause,” she noted.

When Ashley was then asked if she felt Robyn Dixon was being hypocritical for giving her crap for buying a home with Michael when she lived with now-fiancé Juan Dixon after their past divorce, she said, “Yes.”

“I do think she cares about me. She’s coming from a good place, but ultimately, yeah, she’s throwing shade,” Ashley agreed. “But she was sitting right under the tree.”

And as for the rest of the cast, Ashley said she found it “comical” that everyone was so upset about her decision to buy a home with Michael.

“Michael is a real estate developer. He does real estate for a living. Buying a house is hard work, honey, so if he could make the process a little easier, then I was gonna do that with him,” she explained. “And we’re still legally married.”

Also during the live broadcast of WWHL, Ashley was asked if Karen or Charrisse Jackson-Jordan was the real Grand Dame.

“I think that Karen, in practice, but Charisse, like for real for real. Like, she has the real title but Karen is better at acting out the role,” Ashley replied.

Later, on the WWHL: After Show, Ashley said that while she hasn’t “really gotten into” dating quite yet, she has been contacted by many.

“I have a lot of suitors though. I’ve got quite a few suitors, some athletes, and I’m like, ‘Okay, guys. Hello.’ I post some thirst traps,” she revealed.