Home Real Housewives of Potomac News RHOP’s Candiace Dillard Shares What She “Hated” About Porsha Williams’ Wedding, If She Saw Monique, and Mom Dorothy’s Reaction to Chris Allegations, Plus Shades Robyn and Mia

RHOP’s Candiace Dillard Shares What She “Hated” About Porsha Williams’ Wedding, If She Saw Monique, and Mom Dorothy’s Reaction to Chris Allegations, Plus Shades Robyn and Mia 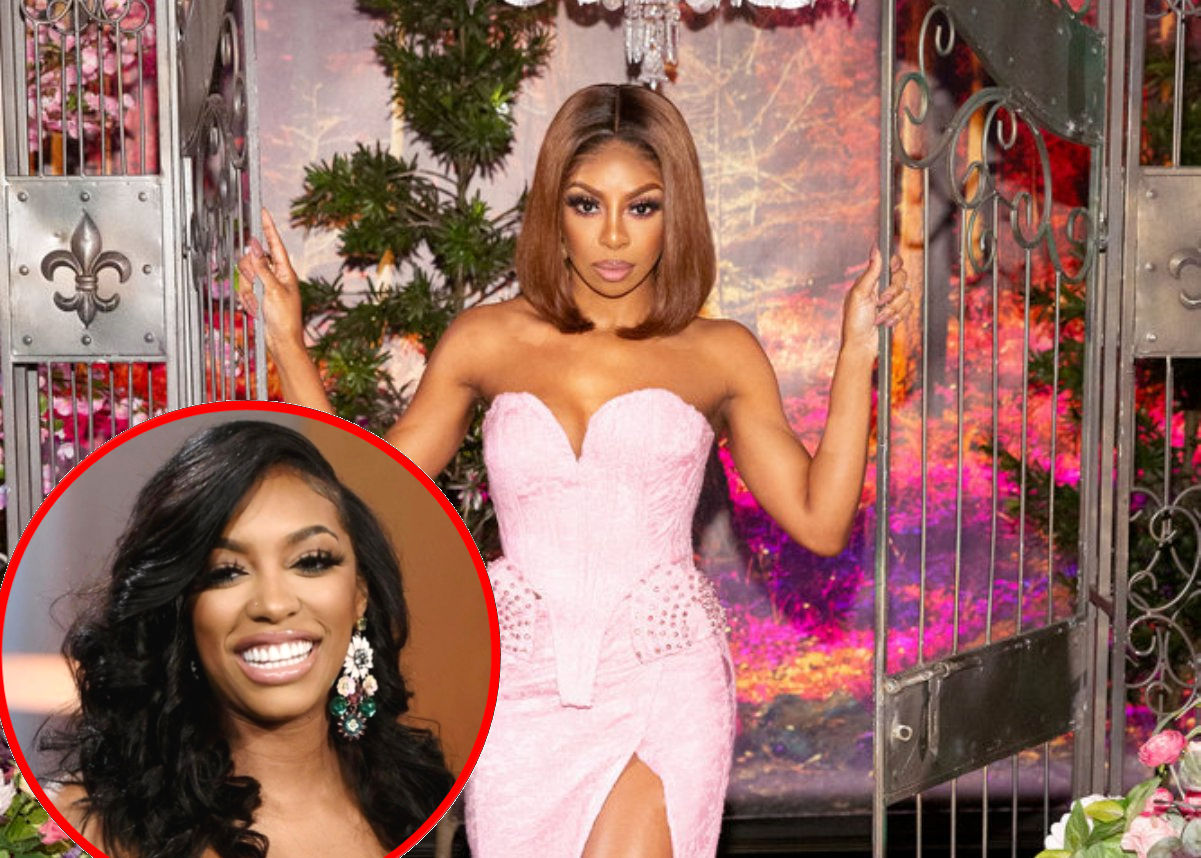 Candiace Dillard-Bassett looked back on Porsha Williams‘ wedding while appearing on Sunday night’s episode of Watch What Happens Live.

Just over a week after attending the event, the Real Housewives of Potomac cast member revealed the one thing she “hated,” shared mom Dorothy Dillard‘s reaction to the allegations against husband Chris Bassett, shaded Robyn Dixon for using her for “a moment,” and more.

“It was stunning. It was a no phone policy but it made you talk to people,” Candiace shared of the Real Housewives of Atlanta alum’s nuptials with Simon Guobadia. “[But] we couldn’t take any pictures, which was the one thing that I hated but the food was good. The cake was like 17,000 feet high. [And] she changed 50 times.”

As for whether she and her former RHOP nemesis Monique Samuels crossed paths, Candiace confirmed they did not before seemingly poking fun at the death of Monique’s bird, T’Challa.

“I did not see the pet cemetery. No I did not,” Candiace stated. “She wasn’t there I don’t think. There were two weddings. I was at the American wedding. She was at the Nigerian wedding. [Porsha] was like, ‘I want you to come but I don’t want you to feel uncomfortable. I can make sure you guys are separated.’ She was really nice about it.”

Candiace was then asked about how her mom reacted to the many allegations of inappropriate behavior her husband, Chris, faced during season seven.

“My mom texts me every day like, ‘These heifers need something to do,’” Candiace revealed. “It’s every day it’s a new… My mom is obsessed with reading everything so she sees everything and she needs to call me or text me to comment. She’s really upset.”

Moving on to the latest episode of RHOP, Candiace labeled Robyn as “the speaker” and “the flop” before explaining why Robyn’s statements about her IG Live session, in which she trash-talked certain members of the show, were so upsetting, especially if she said what Robyn claimed.

“It felt like an ambush. It felt like my friend was trying to shame me in front of the group and if she really had a problem with it she could’ve just asked me about but she wanted to be a moment and I didn’t appreciate my friend trying to have a moment with me,” she revealed, confirming that she and Robyn are no longer good.

“That was like the one friend that I really, I thought Robyn was the most loyal,” she admitted, acknowledging that Robyn did show loyalty to her when she defended her against Gizelle’s comments about Chris.

“I don’t regret it,” Candiace continued of her IG Live. “You know I’m not talking about you. And then I will say too, I also if you go further down the Instagram Live, I commented and praised Robyn, her businesses, her skincare line, embellished hats I wear all the time. So I was not talking about Robyn and if she had listened to it in context she would know that… She needed the moment.”

Looking back at Wendy Osefo‘s apology to Mia Thornton, which came after their drink-tossing encounter in Miami, Candiace said she felt it was genuine.

“I do and I was disappointed that Mia couldn’t reciprocate. It was very immature and childish,” she stated.

Candiace was also disappointed in the way in which Ashley Darby went to Karen Huger with what she said about Karen sneaking around.

“She revealed it out of context. I didn’t remember. I literally did not remember saying it and I think it was because the way she presented it to Karen is not how I said it,” Candiace shared.

And when it comes to her up-and-down dynamic with Ashley, Candiace continued, “We have so much fun together. Outside of the show, I would maybe go on record as saying maybe we would be friends — outside of the show.”

Later, on the WWHL: After Show, Candiace was asked for her thoughts on Peter Thomas claiming Wendy ghosted him amid their potential restaurant deal, and she was asked why she believes Mia feel it was her place to bring it up.

“Mia is a lost soul. I’ll start there,” she declared.

She then added, “I don’t understand the Peter Wendy stuff. Wendy says that he approached her. Peter says that she approached him. It’s weird so I don’t wanna get involved. And I don’t think the restaurant is a good idea and I’ve said that to her before.”