Vanderpump Rules Season 8 Spoilers Revealed! Find Out Ariana and Lisa’s Status After Feud Plus What to Expect From Each Cast Member 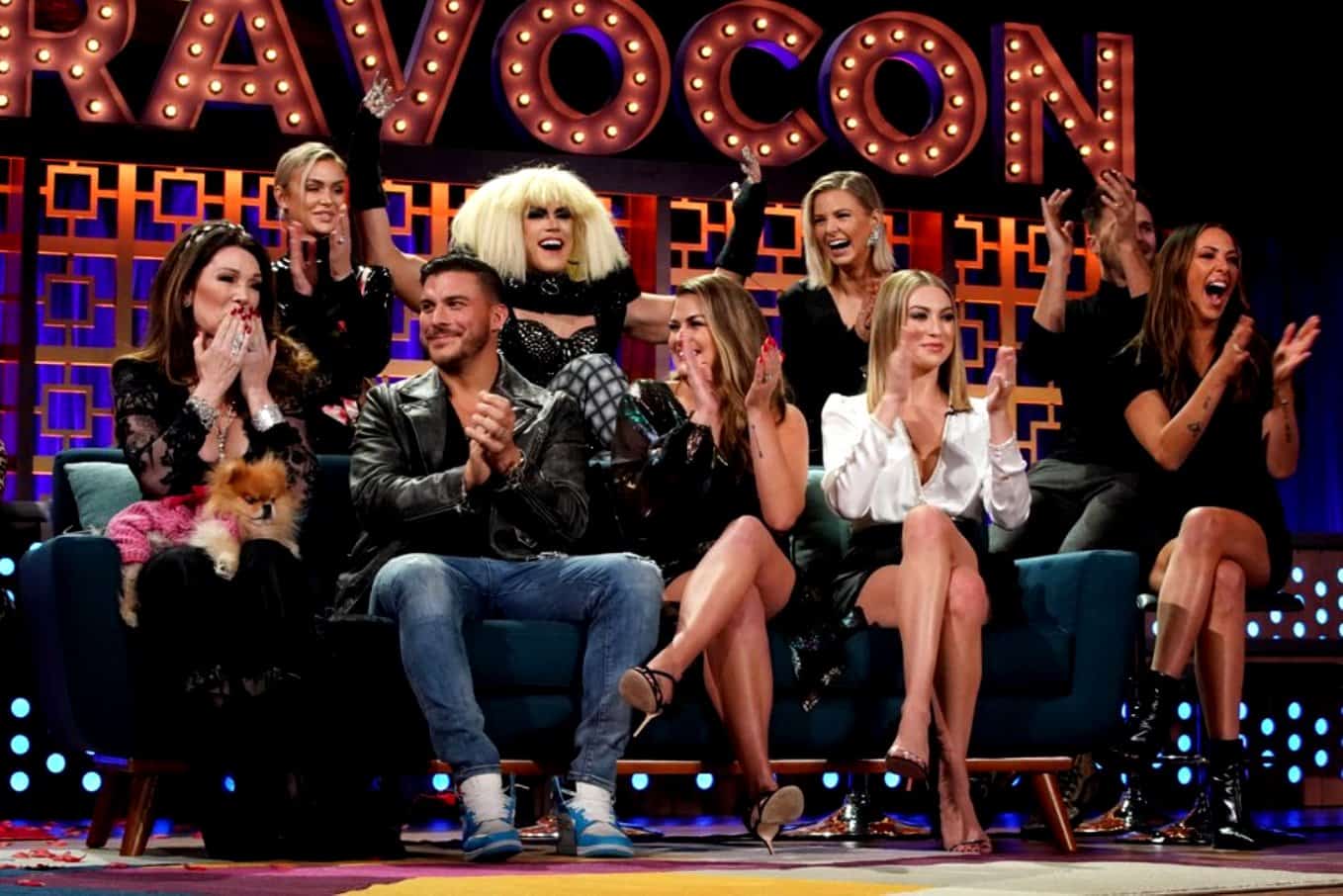 As the returning members of the show are joined by a number of new additions, several feuds erupt between longtime friends, including Jax Taylor and Tom Sandoval, and Stassi Schroeder and Kristen Doute, as other relationships, including those of Lisa Vanderpump and Ariana Madix, and Lala Kent and James Kennedy, are mended.

At the start of the new season, Jax will be seen planning his wedding to now-wife Brittany Cartwright with the help of his best man and longtime friend Sandoval. However, after Jax turns into a groomzilla and begins making Sandoval jump through hoops as he plans his and Brittany’s bachelor and bachelorette parties in Miami, their friendship is tested.

Stassi and Kristen’s friendship is tested as well after Kristen’s on-again, off-again relationship with Brian Carter, who she split from in September, becomes too overwhelming for her co-stars to deal with. While Stassi is facing plenty of exciting milestones in her own life, including the publication of her book and her engagement to Beau Clark, her friendship with Kristen could be over for good.

Kristen is at odds with Katie Maloney during season eight as well.

As plenty of years-long friendships fall apart, Lisa and Ariana, who feuded during Pump Rules season seven are seen growing close and mending their relationship. The drama between the women took a turn for the worse after last season with Ariana slamming Lisa as “vindictive” after she aired out her grievances with Lisa regarding her TomTom business deal with the Toms.

Ariana will also be seen struggling to enjoy the success she’s seen after purchasing her dream home with Sandoval and beginning the process of having her cocktail book published. Ariana is faced with drama in her friend group that causes her to wonder if she can trust the people she has in her life.

Also mending their relationship on Pump Rules season eight are Lala and James, who will be seen bonding over their efforts to remain sober after James again goes off the deep end, much to the dismay of girlfriend Raquel Leviss.

As Lala prepares for her April 2020 wedding to fiancé Randall Emmett, she’s quit her hosting gig at SUR and is focusing on her music career and the ongoing home renovations she and Randall are doing to their Bel Air mansion.

After a number of SUR’s waitresses and bartenders move on from their positions at the restaurant, Scheana is left as the new queen bee and is given the duty of training the venue’s new employees, including Brett Caprioni and Charli Burnett. Meanwhile, she’s faced with some relationship drama after her former flame, Max Boyens, who manages TomTom, hooks up with newbie Dayna Kathan.

As for Max and Dayna’s romance, their relationship and future is tested after the assistant manager and fellow new cast member Danica Dow puts a spotlight on Max’s extracurricular activities.