Shannon Beador Explains Why She Didn’t Attend Kelly Dodd’s Wedding and Where They Stand Today, Talks “Awkward” RHOC Season Without Vicki and Tamra 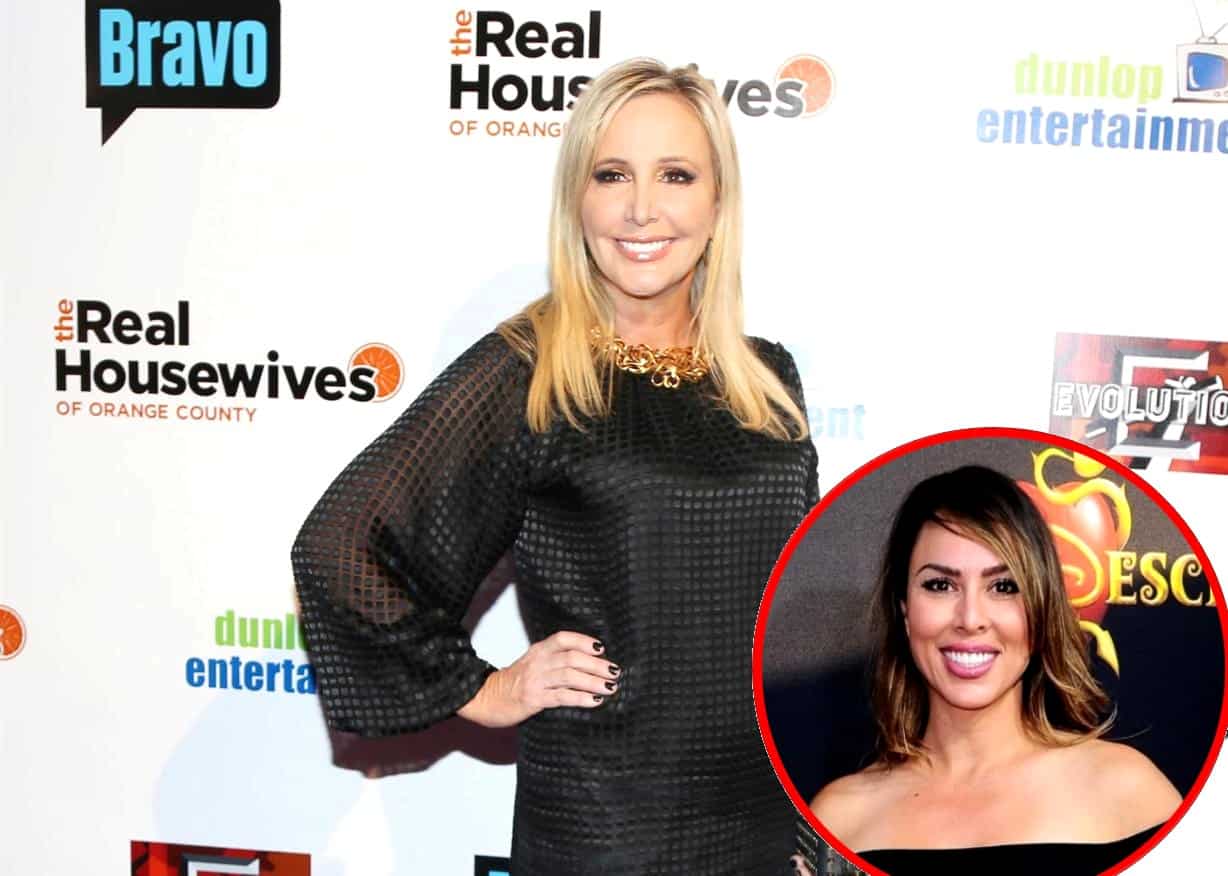 Shannon Beador is excited for the 15th season of The Real Housewives of Orange County, but she definitely faced a few bumps along the way.

It wasn’t so easy filming a reality show amid a global pandemic, and it was especially troubling for Shannon, who was diagnosed with COVID-19 (along with her three daughters) while in production for the show.

“We are great and I am so blessed and grateful that we didn’t get it bad,” she told The Daily Pop on October 13. “I have lung damage in both of my lungs so I thought I was gonna be one of those people in the hospital. It was about three weeks … we were really sick for 7-10 days but we got through it.”

The show host also pressed Shannon about the dissolution of the “tres amigas,” including her and her now former castmates, Vicki Gunvalson and Tamra Judge, wondering if it was hard to move forward without them.

“It was a little bit awkward at the beginning of the season because I didn’t really have that many close relationships with anyone on the cast,” she shared. “What’s nice, as we finished and wrapped the season, is now I have developed new bonds and have good relationships with some of the cast members that I didn’t have before, so that’s a positive.”

Some of the “new bonds” Shannon has developed have seemingly been with former enemy Kelly Dodd as the two posted a photo of their reconciliation back in March (much to Vicki and Tamra’s dismay).

Shannon was notably absent from Kelly’s bridal shower and wedding that happened over the weekend, but she assured the show host that “things with Kelly are good right now.”

“I actually was out of town,” Shannon explained. “And then, she did invite me to her wedding, but my oldest daughter surprised me and came home from college this weekend, so I wasn’t able to go.”

Shannon continued, “What a lot of the viewers didn’t see, is when we weren’t filming off-camera, when I was going through the really hard times in my divorce, she was there for me and we had forged a really good friendship. So, when things happened last season, I was really sad and disappointed to not have that friendship anymore. So, you know, I’m glad that we worked through some things. She’s now living in my neighborhood, so I see her all the time.”

The mother-of-three was then asked about the recent backlash Kelly has faced regarding the “Drunk Wives Matter” hat she sported at her bridal shower, which many took as an inappropriate mocking of the Black Lives Matter movement.

“I mean, Kelly Dodd is Kelly Dodd. I think a lot of the times she does and says things without thinking about how they’re gonna be perceived by everyone,” the 56-year-old shared. “I mean, I wouldn’t have put that hat on, but that being said, Kelly is Kelly.”

The reality star went on to explain that she did take Kelly to task for some of her blunders during the season, but viewers would have to stay tuned to see how.