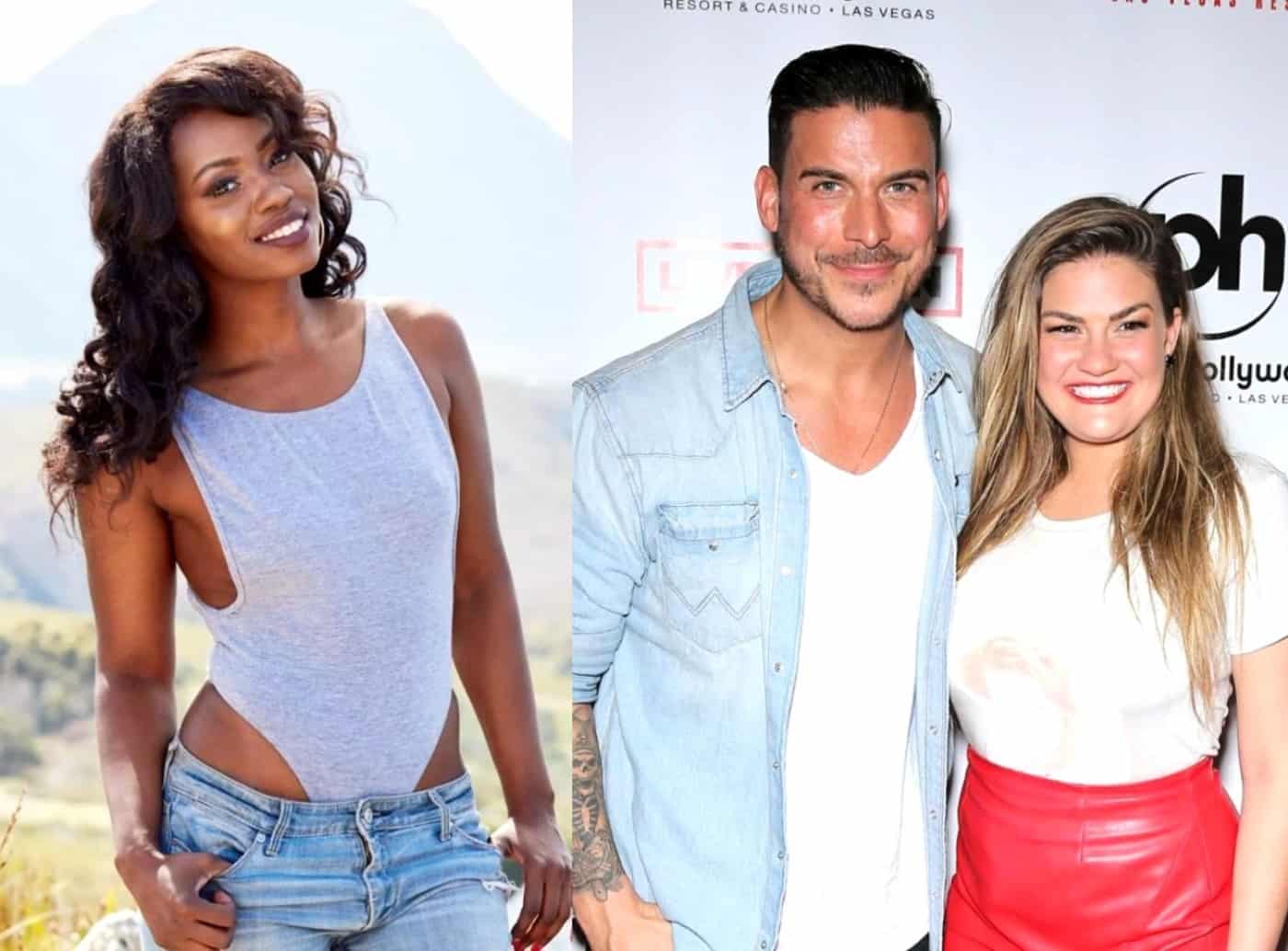 Faith Stowers is happy to see that Jax Taylor will no longer be seen on Vanderpump Rules.

Weeks after Jax and his wife, Brittany Cartwright, officially confirmed they will not be featured on season nine, Faith said she is “proud” of the network for moving on without her ex-flame before reacting to his alleged firing, Brittany’s pregnancy, and her upcoming show.

“I am proud of Bravo because Bravo knew that that wasn’t the life they wanted to show. They were standing up to those people that were just not a good, right fit for Bravo network,” Faith told TMZ while out in Los Angeles this week.

“I think that what he did and what [Stassi Schroeder] and what [Kristen Doute] did, it’s just not a good fit for Bravo. It means a lot to everyone watching. And I’m sure that everyone is proud of Bravo for doing that,” she continued.

In June, Faith appeared on Instagram Live, where she revealed she experienced racism during her time on Pump Rules and accused Stassi and Kristen of recklessly endangering her life by falsely accusing her of crimes she didn’t commit amid racial tensions.

A short time later, Faith called for the firing of Jax, who reportedly made racially insensitive comments about 90 Day Fiance‘s Jay Smith and refused to film with Billie Lee because she was transgender.

Months later, Faith isn’t sure if Jax was fired or left amicably.

“All I’m going to say is it makes sense that he was fired. I think I [read] something that they didn’t write their own statements and normally that happens when people are fired,” she explained.

While fans may never know if Jax was fired or quit, Faith believes Jax’s potential firing was a long time coming.

“I was accused of stealing and Jax actually did steal and he was still on the show for a long time. I think Bravo gave him lots of chances. I think [Lisa Vanderpump] gave him lots of chances because they actually care about their people that work there. So I think this was the last straw,” Faith shared. “I think going on that train and saying that I robbed people, saying I did terrible things is just terrible.”

“I’m proud to say he got his consequences now. He got what he deserved, for sure,“ she added.

Although Faith is no fan of Jax, and understandably so, she said she wished him and Brittany the best as they prepare to welcome their first child, a baby boy, in April 2021.

“I do hear that Brittany is pregnant. I wish that her pregnancy is amazing and they’re going to be amazing parents,” she stated.

As for the advice she would give to Jax, Faith said, “I hear people are getting coaches to help them know about culture. I hear that’s a thing now so maybe he can get a coach to teach him about Black culture and about how to be nice to others and be kind.”

Moving forward, Faith is working on her own upcoming show with Maria Menounos and Keven Undergaro, which is expected to be based out of a Black-owned business in Los Angeles.