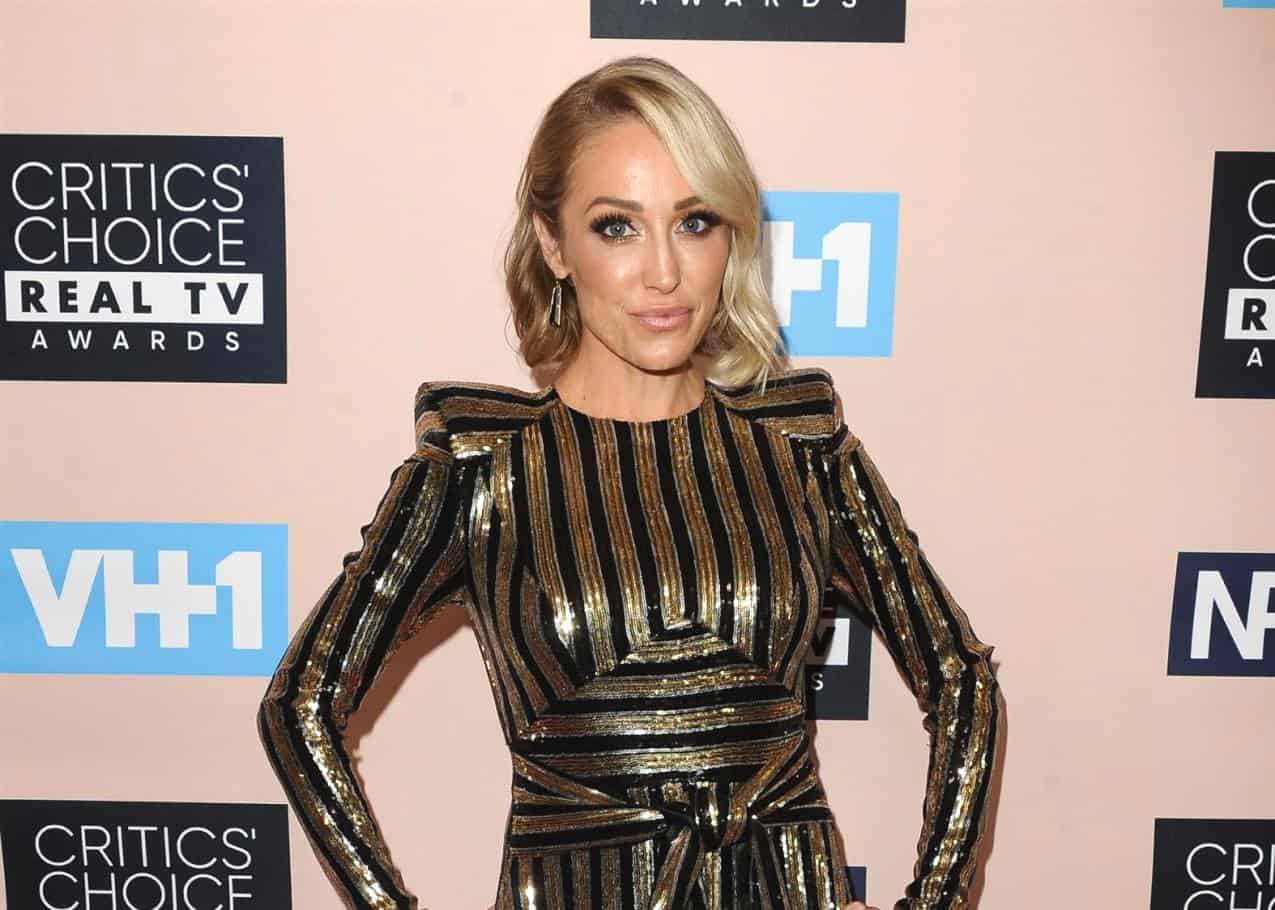 Mary Fitzgerald and the cast of Selling Sunset haven’t yet gotten the official go-ahead from Netflix when it comes to the fourth season of the show but, according to Mary, she doesn’t see any reason why their series wouldn’t return.

During a recent interview with Reality Blurb, Mary discussed the potentially upcoming season, as well as the show’s possible spinoffs, while also teasing Davina Potratz‘s return to the Oppenheim Group and revealing if she expects Heather Rae Young and Chrishell Stause‘s significant others to film the series’ new episodes.

“We are not officially allowed to say anything but season three did very, very well so I think people can expect to see season four,” Mary told us, via Zoom.

Mary was also not allowed to say anything in regard to the rumored spinoffs of the show but suggested they were certainly possible, especially now that the Oppenheim Group is expanding.

“Right now, the focus is on L.A. [but] we can always go down and film in the O.C. office to show what’s happening with that adventure and see how that works. I think it would be great. If it’s happening, why not film it?” she wondered.

“I did hear [Jason Oppenheim] talking [about Miami],” Mary continued. “We’re finding a lot of people are moving [to Florida] so he was mentioning that maybe he should consider opening an office. But I don’t think Jason would do anything that’s not organic. He’s not going to open [a firm] just for the show.”

As for Davina, who quit the Oppenheim Group last year in lieu of a new position with competing firm Douglas Elliman, Mary said that while she hasn’t spoken to her much since filming ended on Selling Sunset season three, she may have returned to work with Jason.

“Jason just left and went on some sort of listing with her yesterday. I think that’s what it sounded like. So I don’t know if she came back. I don’t really talk to him about it. I’m very confused,” Mary admitted of Davina’s potential employment at the Oppenheim Group.

Although Davina’s potential role in season four is up in the air, Mary said she expects that Tarek El Moussa, the fiancé of Heather, will appear in the possible new season.

“[Tarek]’s not going to be a main character but he will be able to be seen and featured on the show as Heather’s significant other so we can follow their wedding and all that,” she shared. “Keo, as long as he’s up for it and his contract allows, I’m sure he would be willing to do anything for Chrishell.”

According to Mary, Keo, who Chrishell met during her 2020 stint on Dancing With the Stars, is a great match for her castmate, who went through a messy split from actor Justin Hartley in late 2019.

“He’s so sweet and adoring of her,” Mary gushed. “He is so lovely and just head over heels for her [and] treats her so well. He just has such a good heart and seems like a genuine, good person. I’m so happy for her.”

“She’s been through so much. We’re just so happy to see that she found someone who treats her the way she deserves,” he noted.

Regarding her own season four storyline, Mary said fans will likely see her and Romain going through the process of freezing their embryos while they also plot their next move.

“I’ll be 41 in the summer so we really have to focus on this and make sure that it happens,” she explained.

EDITOR’S NOTE – Following our interview with Mary, TMZ announced on February 26 that Chrishell and DWTS pro Keo have called it quits.