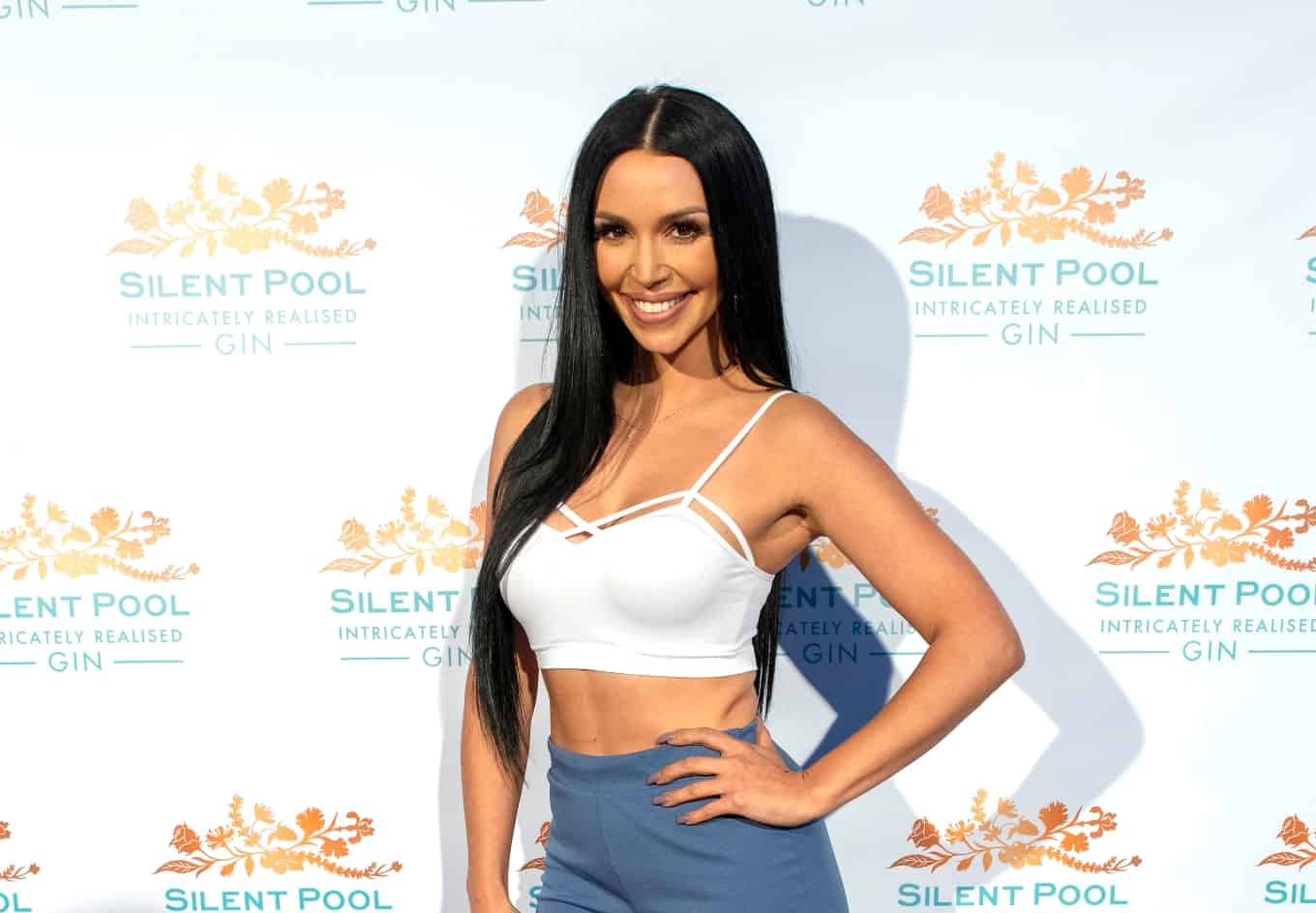 As she and boyfriend Brock Davies prepare to welcome a baby girl in April, Scheana was joined by the majority of her female castmates, both current and former, including Ariana Madix, Katie Maloney, Kristen Doute, Charli Burnett, Raquel Leviss, and the also pregnant Brittany Cartwright.

“A magical day I’ve always dreamed of… new vlog is now up! Thank you [Teddie Hart Photography] for capturing all the moments!” Scheana wrote in the caption of a slideshow shared on Instagram on March 3.

Kristen and Brittany, whose exits from the Pump Rules cast were confirmed in June and December of last year, respectively, also shared slideshows of photos taken at the party.

“[Scheana] bean is about to be a momma!! I can’t believe it’s this real. I’m so excited and I can’t wait to be an aunt/babysitter!” Kristen wrote in the caption of her post.

“We will be Moms next month!! So excited for all the play dates to come!” Brittany added.

Ariana, who is expected to reprise her role on Pump Rules for the show’s potentially upcoming ninth season, labeled Scheana’s shower as a “magical day” in her own post.

“I am beyond lucky to be able to watch [Scheana]’s amazing journey into motherhood! Love you so much,” she told her longtime friend, who was sporting a silk minidress, heels, and a ponytail.

On her Instagram Stories, Scheana offered her fans and followers an inside look at her baby shower treats, her decor, and the gift bags she handed out to guests. 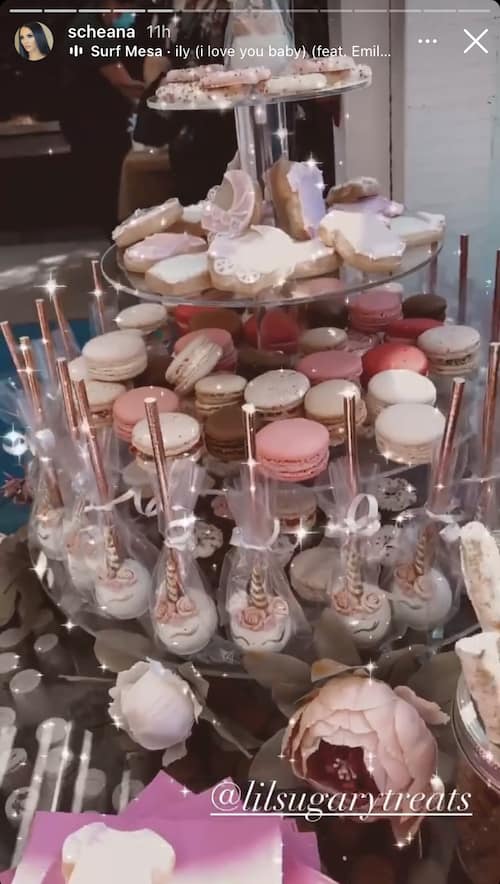 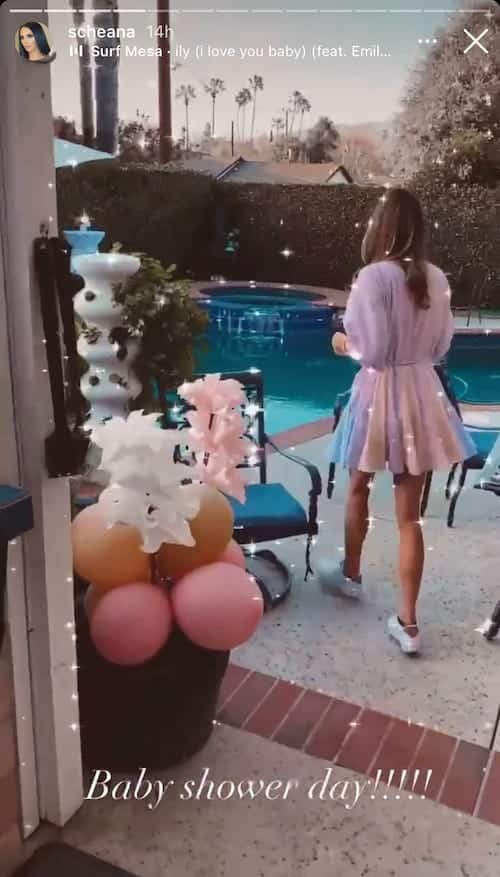 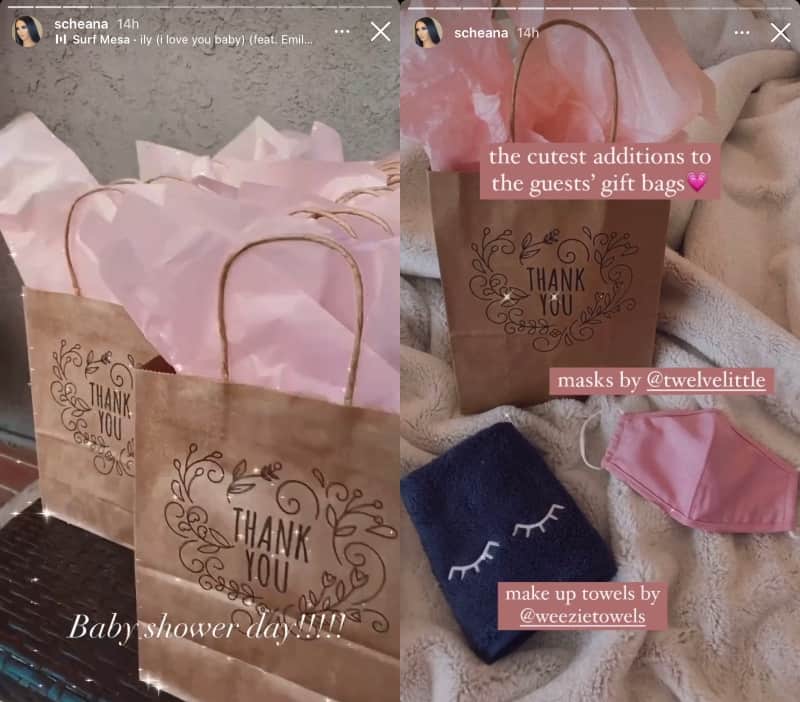 She also posted an image of herself and Charli.

Although plenty of familiar faces were seen at Scheana’s event, there were also a couple of people noticeably absent, including Stassi Schroeder, who welcomed a baby girl with husband Beau Clark in January, and Lala Kent, who is expecting her first child, also a girl, with fiancé Randall Emmett next month.

While Lala’s absence was no surprise due to her messy feud with Scheana in 2020, many were taken aback to see that Stassi missed the event. And, when one fan in particular said that everyone was in attendance “but Stassi,” Kristen explained why she was not present.

“She’s at home with a newborn angel,” Kristen revealed.

At the end of last year, after Scheana confirmed the end of her friendship with Lala, who she accused of abandoning her after her tragic miscarriage, Stassi seemingly sided with Lala by unfollowing Scheana on Instagram. A short while later, Scheana explained that Stassi had gotten upset with her for sharing details about the support she had given her after learning of the loss of her first child.

“She basically just said that she had no interest in continuing anything more than surface level with me because she was informed I was reading her private messages to strangers,” Scheana shared on the #NoFilter with Zack Peter podcast.