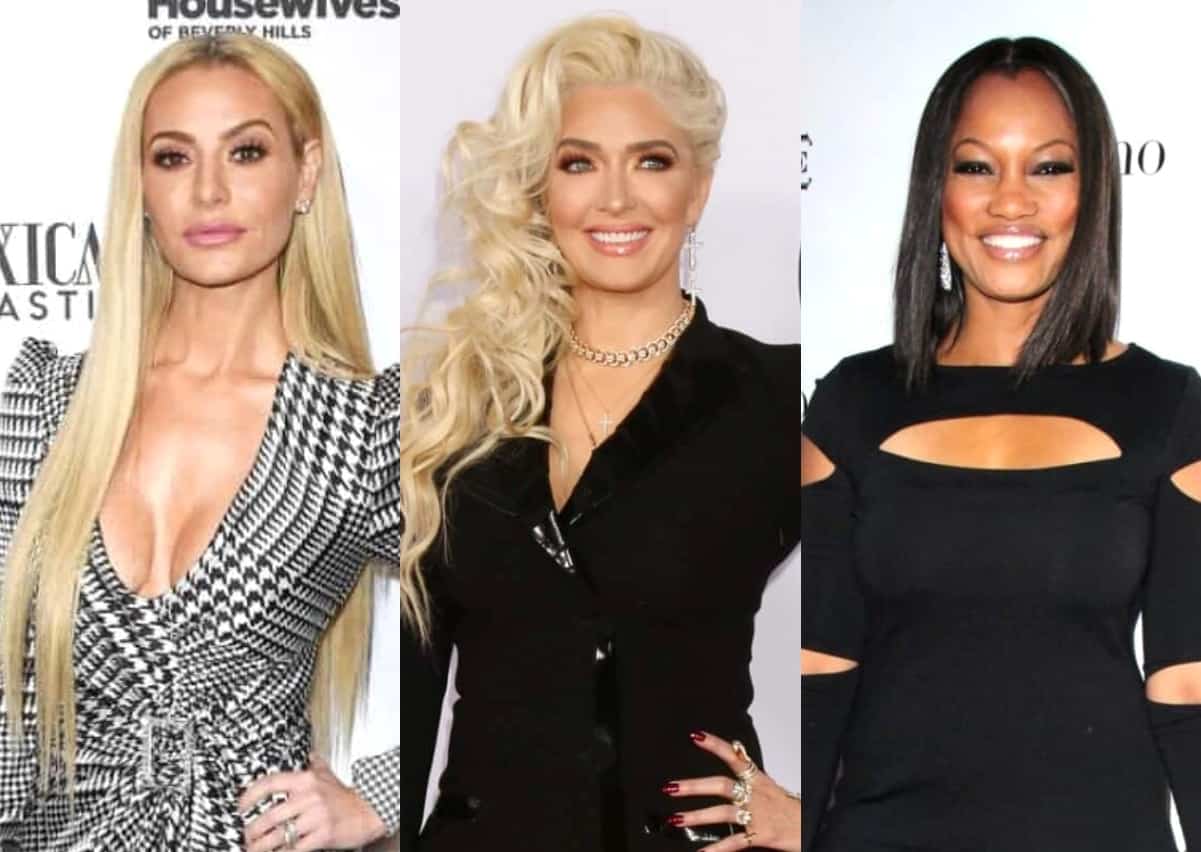 Dorit Kemsley knows Erika Jayne went through a lot during filming on the 11th season of The Real Housewives of Beverly Hills, and is now addressing if she believes her castmate will avoid filming the upcoming reunion.

During a recent podcast appearance, Dorit opened up about the challenges she and the rest of the cast faced as they attempted to navigate through the many accusations being made against Erika while also addressing Garcelle Beauvais‘ latest drama with Lisa Rinna and husband Paul “PK” Kemsley‘s new reality show with Mauricio Umansky.

“It was very difficult to navigate, as it’s one of our friends,” Dorit admitted of the drama surrounding Erika and her estranged husband, Thomas Girardi, during the July 9 episode of The Sl-t Pig podcast. “I felt very much for Erika. It’s also one of those things that you almost can’t wrap your head around. You’ve known this person. You’ve met her husband. It’s almost incomprehensible. I worry for her, as my friend.”

While some have accused Erika of not being vocal enough about the claims of embezzlement she and Thomas are facing, Dorit said she felt Erika was “honest” amid production on season 11.

“I think she did a good job opening up and being as honest and up-front as she could. [But] there is someone in particular [who questions her more than the rest],” she teased.

Although Dorit wouldn’t say which of her co-stars was hardest on Erika, she admitted that many members of the show experienced feelings of “question and doubt.”

Erika is certainly restricted, likely by her lawyers, from discussing certain matters publicly. However, according to Dorit, she believes Erika will show up for filming on the season 11 reunion.

“I absolutely do,” she confirmed.

Also during the interview, Dorit was asked if she felt Bravo made the right decision when they opted against bringing Brandi Glanville back to the show for season 11.

“I do. I’ve had very little interaction with Brandi, and the few interactions I’ve had were not pleasant. There’s no love lost there,” she noted.

During season 11 of RHOBH, Brandi had infamously accused Denise Richards of having an affair with her behind the back of her husband, Aaron Phypers, which Denise denied. So, when it came time to sign on to appear on the new episodes, Denise announced she would not be back.

Months later, during an episode of Watch What Happens Live, Garcelle suggested Denise wanted to come back but wouldn’t do so unless Lisa was fired.

In response to Garcelle’s comments, Dorit said that while she isn’t sure if Denise actually said she’d come back if Rinna were fired, she felt that Garcelle was out of line for prompting such a rumor.

“I know Garcelle likes to push buttons and ruffle feathers. That’s kind of her thing. I’ve seen it with myself, I’ve seen it with others so maybe she did it to poke fun and have a headline out there. It’s a little bit low. It didn’t feel right. No matter how you feel about somebody, when you put certain things out there, and it has to do with someone getting fired, it makes me feel bad,” Dorit explained.

As for her season 11 beef with Kyle Richards, Dorit said that because she and Kyle are so close, they often “fight like sisters.”

“I see Kyle a lot. We’re not just friends on the show. Our families are close. I love her like a sister,” she shared.

As the episode continued, Dorit was questioned about whether she’d prefer a sleepover with Camille Grammer or Lisa Vanderpump. And, in response, Dorit joked that she’d rather undergo “capital punishment.”

She then confirmed that her husband and Mauricio are, in fact, preparing for their own show.