Jennie Nguyen Slams Mary Cosby for Racial Comments About Her “Yellow Skin” and “Slanted Eyes,” Says She Didn’t “Throw Glass at Anyone” 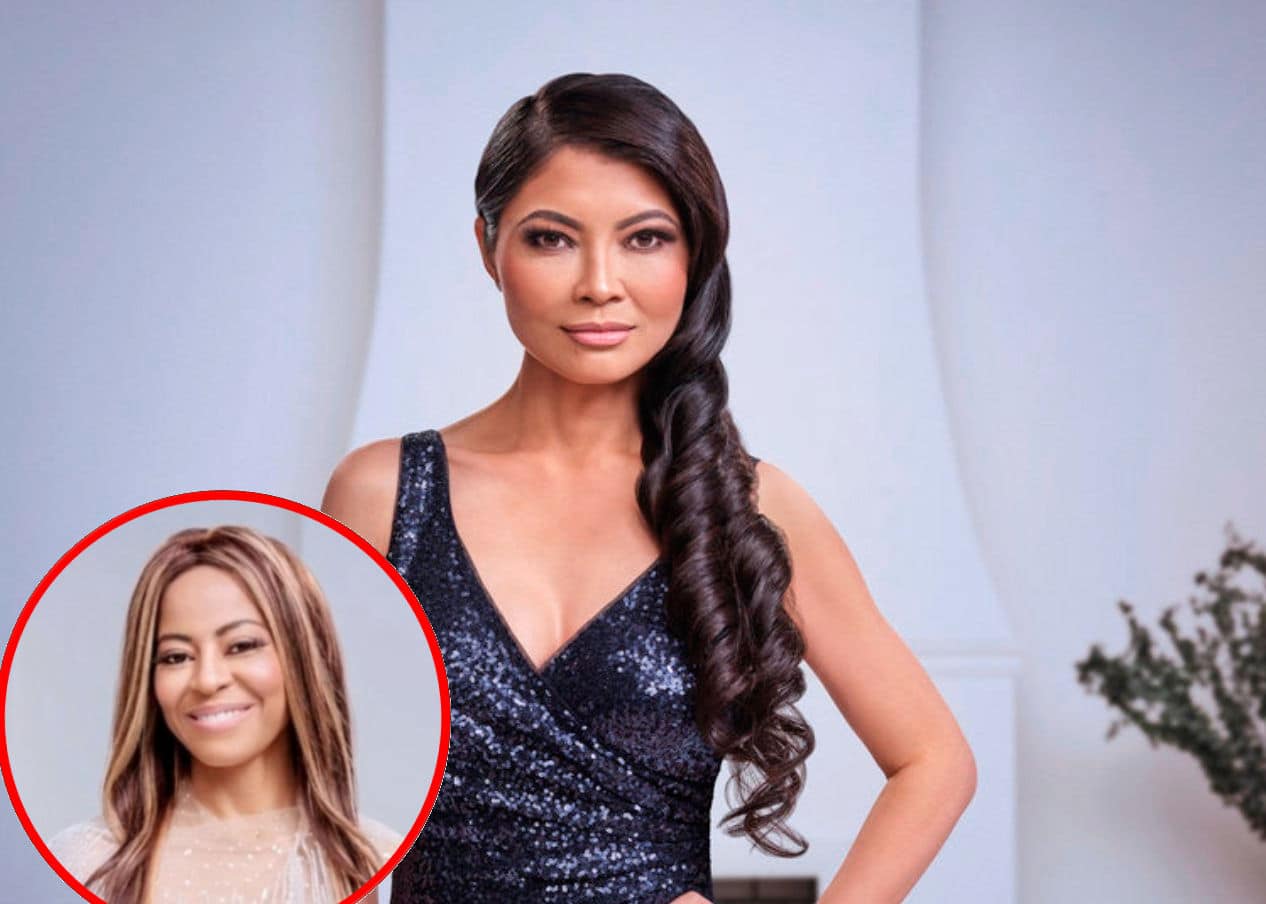 Jennie Nguyen took aim at Mary Cosby on her Instagram Story after the latest episode of The Real Housewives of Salt Lake City featured yet another spat between the two of them.

After Mary refused to talk to Jennie about their issues while attending Lisa Barlow‘s VIDA tequila party, which prompted Jennie to throw a glass in her direction, Jennie shared a message with her fans and followers in which she called out Mary for the racist statements she made toward her throughout season two.

“Yellow skin, slanted eyes, mocking my accent, Jennie from the hood, and finally little Asian. That was my breaking point!” Jennie wrote of what prompted her to act out against Mary amid Sunday’s episode.

However, according to Jennie, she didn’t actually throw the glass at Mary. Instead, she simply threw it down on the ground.

“I did not throw the glass at anyone, I threw it on the FLOOR!” she claimed. 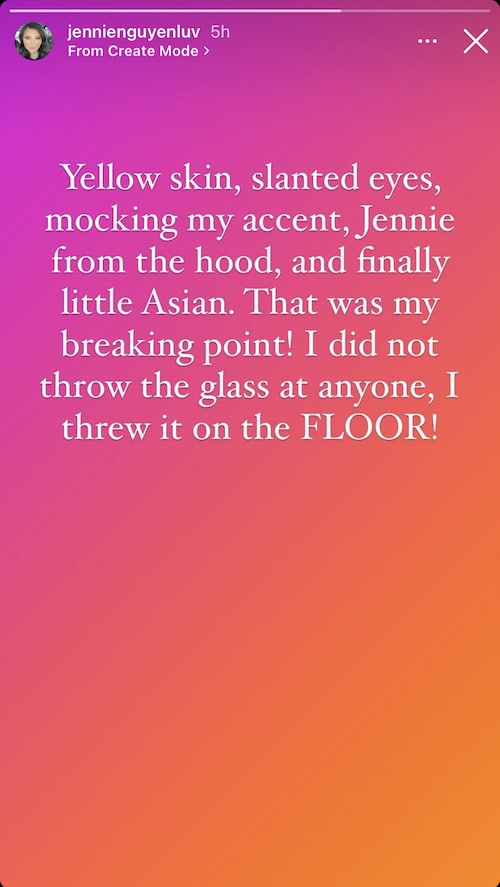 While Jennie believes Mary acted in a racist manner against her amid the second season of RHOSLC, she was the one who was fired from the show due to a series of racially-charged social media posts shared to her Facebook page, one of which suggested police brutality wasn’t real and another that seemed to target the Black community.

Following the scandal, Jennie offered an apology in which she insisted she believed she was “speaking out against violence” at the time.

“But I have since learned how offensive and hurtful my words were. It’s why I deactivated that account more than a year ago and why I continue to try to learn about perspectives different from my own. I regret those posts and am sincerely sorry for the pain they have caused,” Jennie wrote.

But it wasn’t enough to save her role on the show. And as several of her castmates spoke out against her hurtful and offensive posts, Bravo confirmed they would not be renewing her contract for season three.

“Bravo has ceased filming with Jennie Nguyen and she will no longer be a cast member of The Real Housewives of Salt Lake City,” the network said in a statement. “We recognize we failed to take appropriate action once her offensive social media posts were brought to our attention. Moving forward, we will work to improve our processes to ensure we make better informed and thoughtful casting decisions.”