Home Real Housewives of Beverly Hills News PHOTOS: Tom Girardi Checks Into Senior Living After Blowing Through Reported $264 Million as RHOBH Attorney Moves Out of Mansion, Plus Price of Facility

PHOTOS: Tom Girardi Checks Into Senior Living After Blowing Through Reported $264 Million as RHOBH Attorney Moves Out of Mansion, Plus Price of Facility 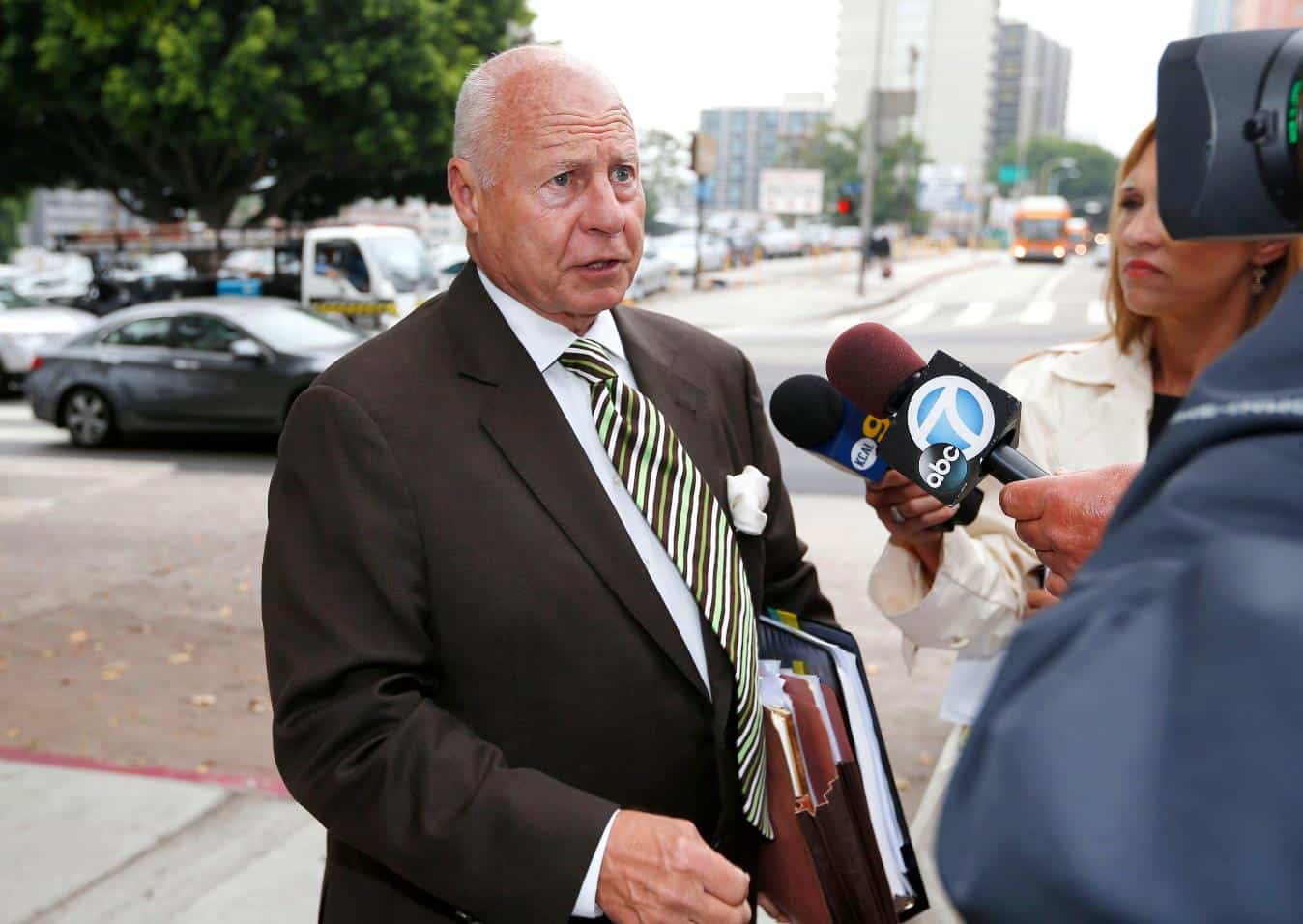 Thomas Girardi has moved out of his palatial mansion in Pasadena, California, in exchange for a far more humble residence at a senior living community in Burbank.

Days after the once-famed attorney and estranged husband of Real Housewives of Beverly Hills cast member Erika Jayne, 50, was officially disbarred by the California Federal Court, the 82-year-old was spotted looking frail as he checked into an assisted living facility.

In photos taken on Sunday and shared by the Daily Mail on August 23, Thomas was seen looking around his not-so-luxurious surroundings with a lavender sweater, gray pants, and a face mask around his chin after reportedly blowing through his previous fortune of $264 million.

According to the report, Thomas, who was diagnosed with dementia and late-onset Alzheimer’s disease earlier this year, will now be residing in a private suite at the Belmont Village, which costs between $4,545 and $4,750 a month and includes 24/7 staff and a community chef with 24 daily choices of meals.

As RHOBH fans well know, Thomas was previously living in his and Erika’s 10,277-square-foot former marital home in Pasadena, which went on the market for $13 million in May but has since been reduced not once but twice and is currently listed at $9.98 million.

The home boasts four bedrooms, six bathrooms, a chapel, and a wine cellar.

After she and Thomas were accused of embezzling $2 million from orphans and widows of plane crash victims and also of a sham divorce, Erika moved into a $9,500 a month, three-bedroom, two-bathroom rental in Los Angeles.

As Thomas continues to face bankruptcy proceedings while under the conservatorship of his brother, Erika is also being investigated due to potential transfers she received from Thomas’ law firm. Most recently, Erika was accused of spending $25 million on an American Express card, her glam squad, her dance team, and more.