Home Real Housewives of Beverly Hills News Garcelle Beauvais Feared Being “Implicated” in Erika’s Legal Drama as Crystal Shares How Producers Alerted Them to LA Times Article, Plus They Discuss Experiences as Minorities on RHOBH and Regrets

Garcelle Beauvais Feared Being “Implicated” in Erika’s Legal Drama as Crystal Shares How Producers Alerted Them to LA Times Article, Plus They Discuss Experiences as Minorities on RHOBH and Regrets 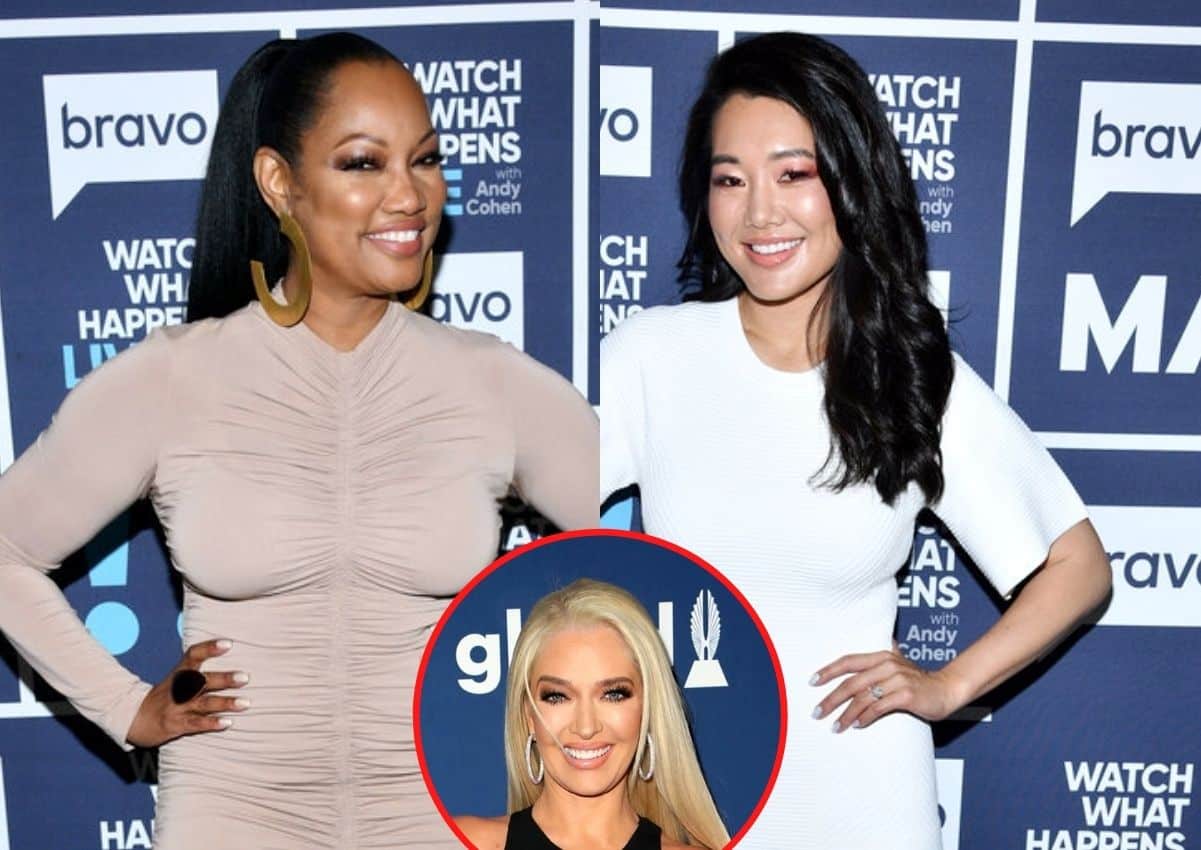 Garcelle Beauvais and Crystal Kung-Minkoff recently opened up about joining the cast of The Real Housewives of Beverly Hills as minorities.

As they sat down with co-star Sutton Stracke, Garcelle, the series’ first Black cast member, and Crystal, the show’s first Asian addition, spoke of the backlash they received amid season 11 while also discussing their regrets and thoughts on season 12.

“I was up for the challenge. But I didn’t think that some people would have reactions about some of the topics we talked about,” Garcelle admitted during a joint interview with the LA Times on October 6. “I was brought in so that we can have diverse representation, diverse conversations, cultural differences. And if this is truly a reality show, you will see my reality as a Black woman. This is my life. So I was hurt by people saying, ‘Why does she have to bring race into it?’”

Although Garcelle was hurt by some of the backlash sent her way, she believes the show did a great job handling the conversation she and her castmates had about race, including her chat with Kyle Richards that referenced Kyle calling her out over a missing charity donation (that was ultimately received).

“I was able to have a really great conversation with Kyle, who was receptive and understood. It didn’t have to be volatile,” Garcelle noted. “It was just… educating her in a way. And I felt like maybe that’s where our show stood out from others … we handled it a little more civilized.”

As for Crystal, she wanted to be a part of RHOBH because she felt a “pressure of representation.”

“I was asked during the height of [Black Lives Matter], and so being a minority, I just felt a kindred connection to that; of course, the anti-Asian thing happened quickly after… For me, the representation was, I’m going to come into this sort of very Caucasian world that I live in in my real life, and then the audience will get to see how easily integrated someone of color is in this world,” she recalled.

What she didn’t realize was how challenging it would be for some viewers to accept.

“It was totally not expected because I’ve always been so included. I grew up here and maybe it’s just super diverse or I was just so blind to it. I never felt like a true outsider. I never experienced that until the show,” Crystal shared.

In addition to the challenges they faced as minorities, Garcelle and Crystal also faced regrets amid season 11 after seeing how Sutton was treated by Erika Jayne, who threatened their castmate with a lawsuit — and physical violence — for questioning her about the crimes she allegedly helped estranged husband Thomas Girardi commit against his former clients.

“I didn’t like it at all and that’s my one regret, and I said that in the reunion: I wish I had stood up for her at [Kathy Hilton]’s dinner because that was completely out of control,” Garcelle stated. “Erika’s back was to me so I couldn’t see her face, but obviously I could feel her energy and it was enough.”

“I know if we were friends like today, I would have totally defended you. I regretted that too,” Crystal told Sutton.

During an episode of RHOBH last month, Garcelle was seen breaking down to her castmates about feeling left out of the group. Months later, Garcelle admitted that when it came to her issues with the group, the responsibility wasn’t completely on the group.

“I think what was happening in the group, and I’m at fault as well, is I didn’t feel completely accepted. But I also felt like I sort of had a wall up too, if I’m going to be completely honest,” she shared. “I think it was twofold.”

Garcelle also spoke about the concerns she had for herself amid Erika’s legal drama. After Sutton noted that she had called production to ask for advice, Garcelle admitted she feared implication.

“When I left Kyle’s house in La Quinta, my first call was to production. I was like, ‘Are we gonna keep hearing stories? On camera? Do we need an attorney to kind of help us guide us through filming?’ That was really my biggest question. And they said: ‘This is such a great question. Why don’t you get the girls together?'” Sutton recalled.

“And then you called me and I was like, ‘We could be implicated,'” Garcelle replied.

Crystal also shared some behind-the-scenes tea on how the cast came to know about the now-infamous LA Times article.

“I read it and thought, ‘Now this season is going to be about: This woman’s husband goes to prison.’ Production told us about it [the article],” shared Crystal. “We didn’t know about it because we were still at the hotel, and they were at the house. So production’s like, ‘I need you guys to open your text.’”

Regarding their potential season 12 returns, Garcelle said she’s “on the fence” as Crystal confessed to being “scared” about the concept.

“I sometimes just feel like I live my life very positively and I have really good life and this really, like, brings a lot of negativity sometimes, and even though my kids don’t see it, I feel the energy being thrown at them. And I’m like: Why am I doing it? Like what is this for? And so I grapple with that a lot,” Crystal said.

Meanwhile, Sutton seemed to confirm she’s onboard, saying, “I’m a glutton for punishment.”