Teddi Mellencamp Teases Upcoming ‘Proof’ Amid Brandi’s Affair Claim as Reason She Believes Brandi Over Denise, Claims Denise Targeted Her and Denies RHOBH Scene With Brandi Was ‘Set Up’ 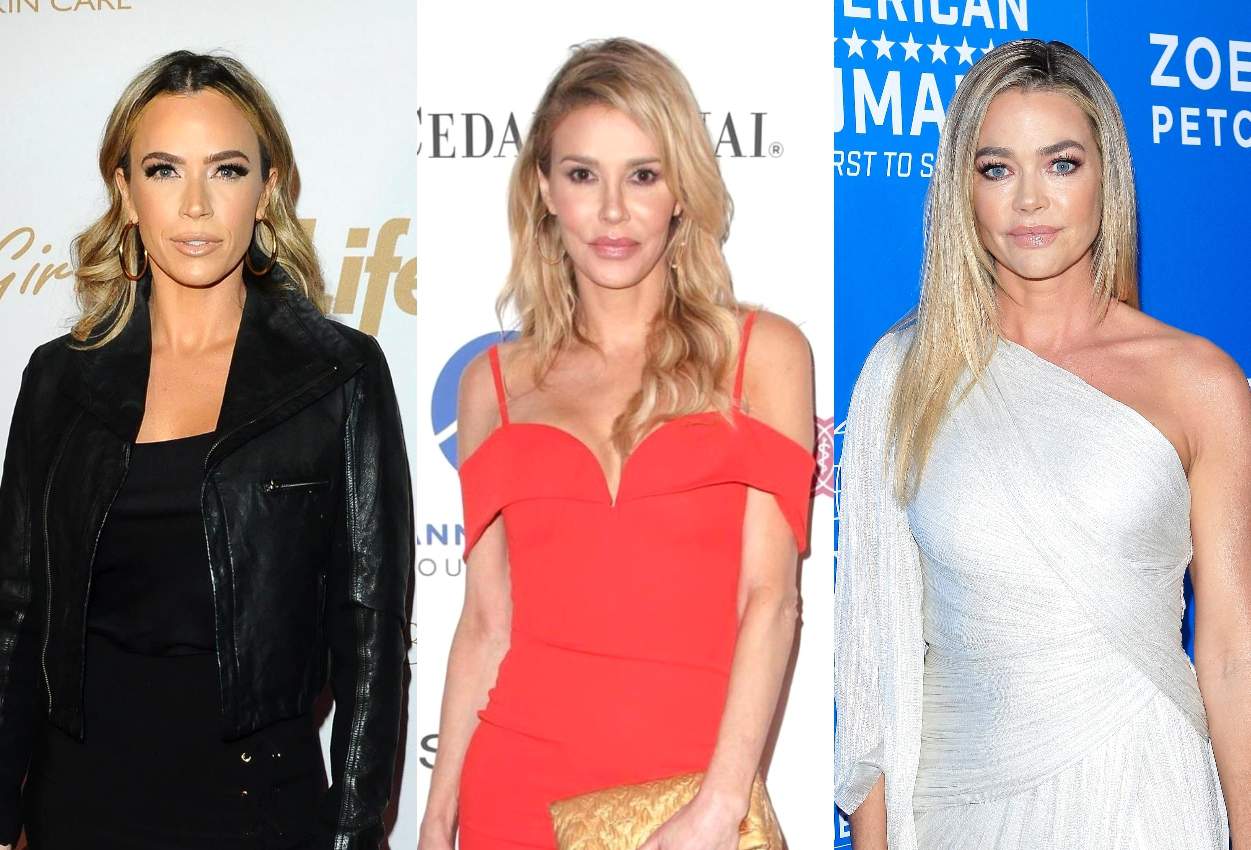 Teddi Mellencamp still believes Brandi Glanville over Denise Richards regarding their alleged affair, and she’s telling fans to stay tuned for why.

In a new interview, Teddi shares why she believes Brandi, denies accusations of the reveal being “set up,” and calls out Denise’s behavior around the matter.

“There’s something that becomes completely evident that … even in that moment if I was on the fence, now knowing what I know, it would be impossible for me to be on the fence,” Teddi shared with Entertainment Tonight on July 29, hinting at certain “proof” that comes to light around the affair rumors.

Teddi went on to explain her shock and surprise in the moment Brandi dropped the bomb to her and Kyle Richards, firmly denying recent fan speculation that the entire scene was “set up,” and sharing why she immediately believed Brandi.

“Right in that moment while Brandi is telling this information, I started thinking, ‘Oh my gosh this is all on camera right now, everything that she is saying is out there,'” Teddi shared. “I think that if you actually watch while Brandi is saying it, her hands are shaking, she is a nervous wreck; that’s why I believe her… This [was] a completely different side of her and I was like, I don’t think she’s bulls–tting right now, I think she’s being honest.”

She continued, “I did not know [Brandi was going to come inside]. For us, it’s like, ‘Be at Kyle’s at this time, Kyle, Teddi’s gonna be here at this time,’ and that’s the way it’s set up for us. I mean yes, it’s set up, I don’t just randomly pull by Kyle’s, but that’s all we know.”

Teddi also shared how it was necessary to bring up the supposed hookup since Brandi had already spilled the tea on camera — it was already “out there.”

“Once something is already filmed, it is out there. Denise posted something today like, ‘I can’t believe Teddi would say these salacious things about me’ … why are you so mad at me? I’m actually not the one who said that,” Teddi stated. “I repeated [the allegations] after they had already been said on camera that’s gonna air on television so why are you so upset at me? We can pretend that I’m a big s–t-stirrer all we want, but once it’s out there, it’s out there.”

The 39-year-old continued her aversion to the idea that she should be the target, when she’s merely the messenger. She also wondered why Denise so severely struck back at her recent social media shade, which Teddi intended as a harmless joke.

“There’s nothing mean or salacious or anything. I wasn’t coming at her, I wasn’t talking about the Brandi affair, I wasn’t talking about anything like that, I simply was making a joke with my father,” Teddi said about her recent post. “So why are we — once again — becoming the victim here when … this is a choice that you made? If that makes you feel better, you let that big narcissism show — you’re Denise f–king Richards!”

So where do the women go from here?

Well, the reunion was a [bulls–t] mess for most of the cast, as Teddi confirms she “felt bad for Brandi” who essentially didn’t get to have her “day in court” and face off with Denise.

As for moving forward next season, Teddi thinks things could be tough to repair, but is still holding out hope.

“Your relationships really do shift and people are like, ‘How does that happen?’ and it’s because if you both are really honest and you both say, ‘Alright we’re moving on,’ it’s possible,” she remarked. “I never say never when it comes to this group because we’re a group of, yes, strong, loud-mouthed, opinionated women, but we also have big hearts, we also want the best for each other, and I do think we can change things.”