by Lindsay Cronin May 19, 2021 77 comments
ShareTweetWhatsappPinterestRedditTumblrMailFlipboard 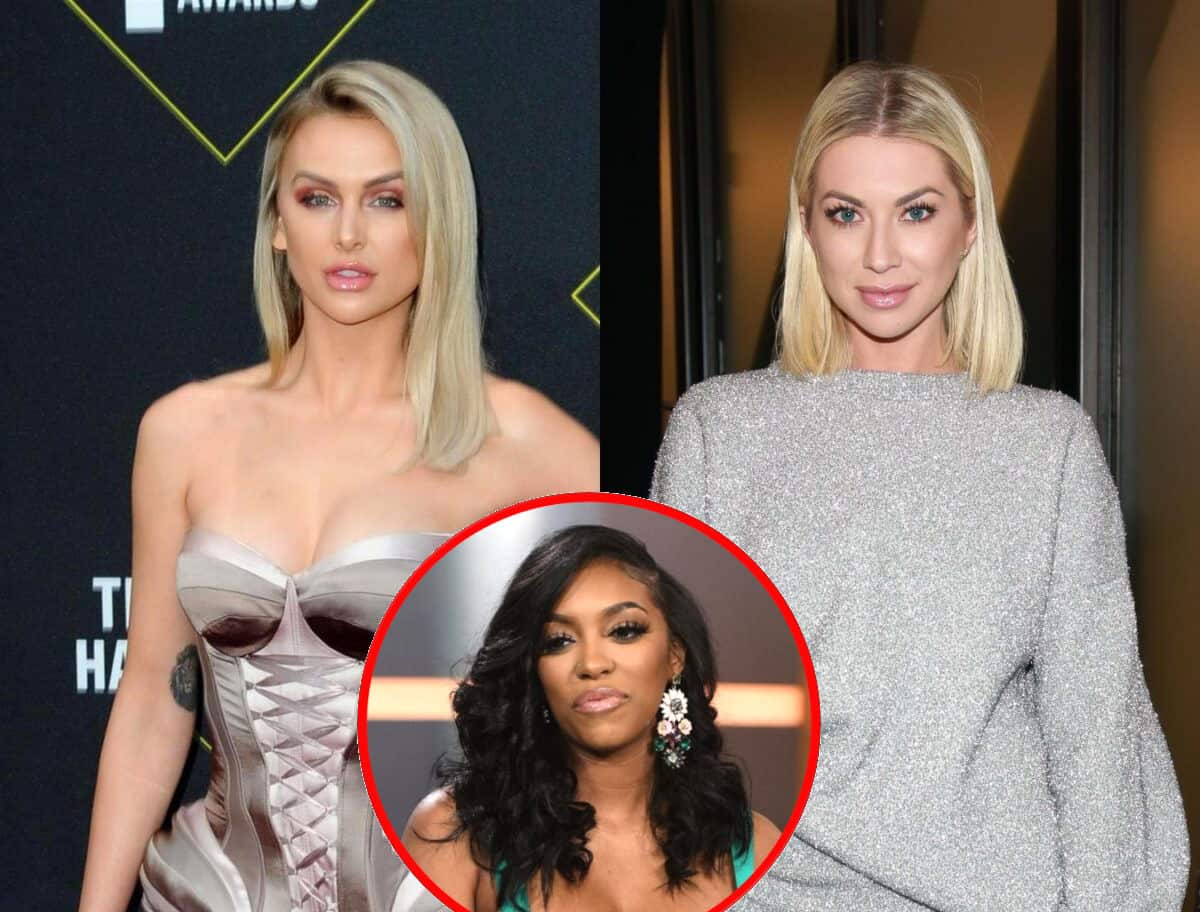 Lala Kent wishes Stassi Schroeder had a chance to redeem herself following her 2020 racism scandal.

During an appearance on Heather McDonald‘s podcast last week, the Vanderpump Rules cast member looked back on her castmate’s firing before dishing on Jax Taylor‘s future return to the television, her upcoming wedding to Randall Emmett, and more.

“I wish that they would have used that moment as a teachable moment, rather than just let her go,” Lala admitted on the May 13 episode of Juicy Scoop. “I wish in that moment that they would have picked cameras up and shown Stassi, who really did build this like ‘basic’ empire for herself, and what it was like to have to pay for all of these things she’s said and done in her past and basically lose everything.”

Although Stassi was quickly canceled after facing accusations of racist behavior toward Faith Stowers and questionable comments in regard to Nazis and the #OscarsSoWhite movement, Lala believes she has a “beautiful heart.”

“I don’t think that she possesses hate. I think she says stupid things or has in her past as we all have,” she explained.

Jax is also not returning to Pump Rules, but despite allegations of a firing, he’s claimed that he and his wife, Brittany Cartwright, have a new project in the works.

“I have no idea,” Lala said after Heather mentioned the possibility of Jax starring on an HGTV show. “[But] I think he would thrive in that environment.”

Continuing on to her own relationship with her fiancé Randall, Lala said that while she previously felt that a marriage certificate wasn’t needed, she has since had a change of heart.

“You singlehandedly just talked me back into it. 2022. It’s on. Let’s f-cking do it,” she told Heather after the comedian compared marriage certificates to other contracts and reminded her of why they’re important.

While Lala is now ready to move forward with plans to say, “I do,” she admitted that her and Randall’s sex life has gone downhill since the arrival of their daughter Ocean in March.

“My bl-w jobs have gone down to a minimum. Randall asked me the other night, ‘You think I can get a bl-w job?’ And I’m like, ‘To completion? No.’ Because I can’t have sex yet,” she explained.

In the months leading up to Ocean’s birth, Lala did set her up with an Instagram account. However, she made it clear that her daughter won’t be making any money on the platform.

“I feel weird about pimping her out. When I post pictures of her, I don’t give her a tag. Her dad’s rich. She doesn’t need to make money on Instagram,” Lala pointed out.

Also during her chat with Heather, Lala was asked about Real Housewives of Atlanta star Porsha Williams‘ recent engagement to Simon Guobadia, who announced his split from estranged wife Falynn Guobadia, who was featured on RHOA season 13, just weeks prior.

“I know what it’s like where you know the ins and outs of how it happened. As an outsider, people are like, ‘Wh-re,’ ‘Messy,’ ‘Home-Wrecker!’ And it doesn’t feel good. They probably are a little match made in heaven and it was a whirlwind and they’re happy as ever and she shouldn’t have to explain herself.”

Vanderpump Rules returns to Bravo this fall for season nine.